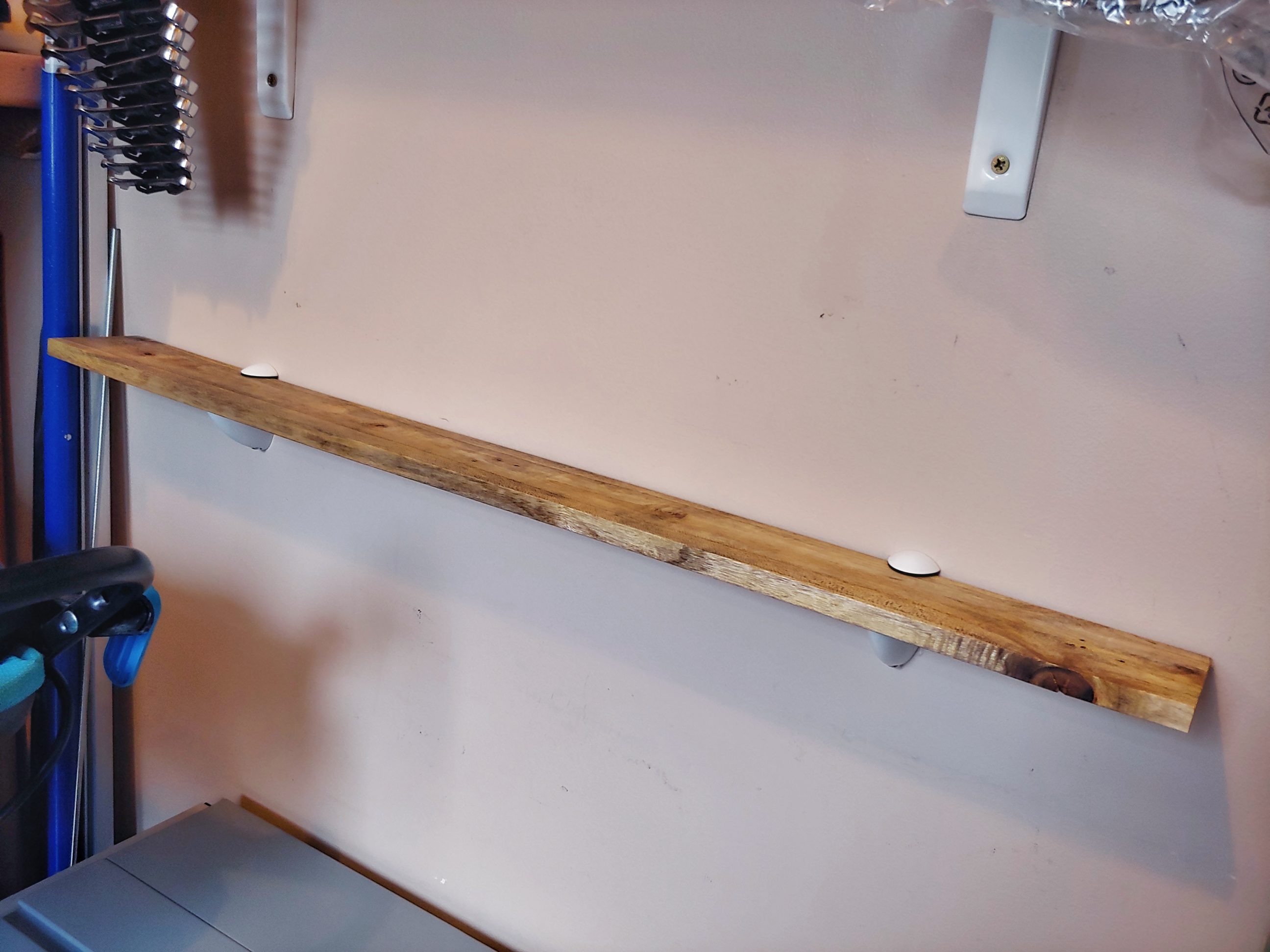 It was built to make use of unused space behind my bandsaw. There was another shelf there in the past, which left a couple of ready-to-go holes, already drilled and fitted with wall plugs. I only had to buy some brackets and cut a board to size. I had some pallet wood boards lying around and I wanted to give them a shot. To be honest, I had no choice but to slightly complicate the build, otherwise it couldn’t be called a project. Buying things and putting them together is not a project. It’s different when you dismantle a pallet and use reclaimed wood to build a shelf. No saw dust – no project, right?

The board I chose was a little crooked. I attached a straight piece of timber to its back, using just a double-sided tape. That worked really well and gave me a straight edge. Next I flipped it over and using that edge I cut the opposite one. Before I put my table saw away I cut the board to its final length. I noticed that there were still cut nails in the board. I removed what I could and checked it again with a metal detector. Surprisingly it kept on flashing red in those 3 spots were the board was fastened to the pallet. Originally I wanted to plane that board with an electric planer, but due to the circumstances I simply used a sander.

The edges looked safe and metal free and those were chamfered with a block plane. There was no need to go crazy with finishing the shelf and it was only treated with 1 coat of teak oil. That was enough for a project that simple. I fixed the brackets to the wall and clamped the shelf in them.

The design of brackets is shown above. It looks like they’re not exactly square and what makes them square is that black plastic wedge. Maybe they’re created for glass shelving, but I think they also look good with thin, timber shelves. Either way, the assembly didn’t take long and it was ready to go in no time. Too simple!

I put some stuff on it, put back my bandsaw and hung my bicycle. It’s very tight in there and the shelf is covered almost completely. That’s why it’s made of reclaimed wood. Its purpose is to serve and not to show up. 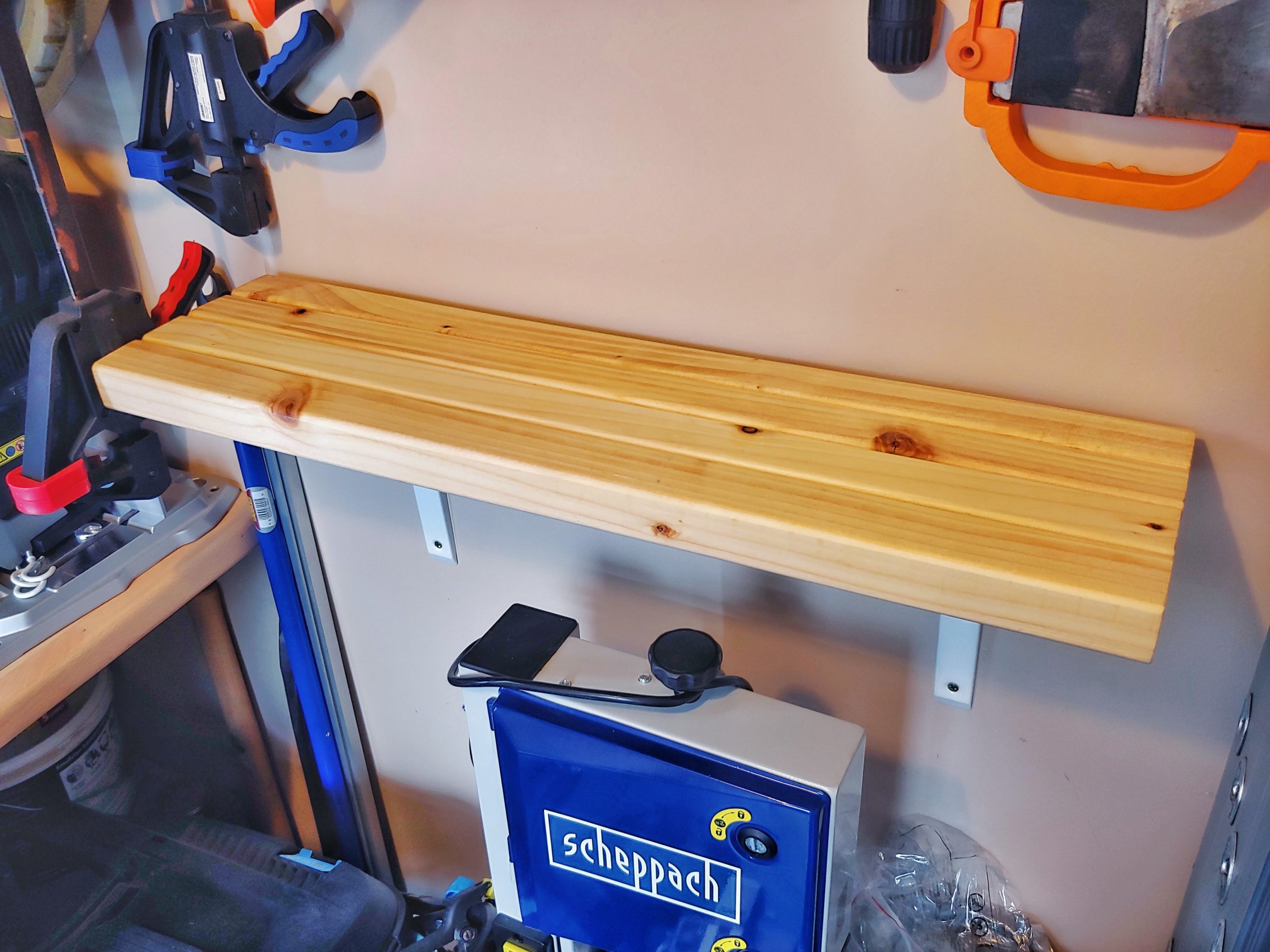 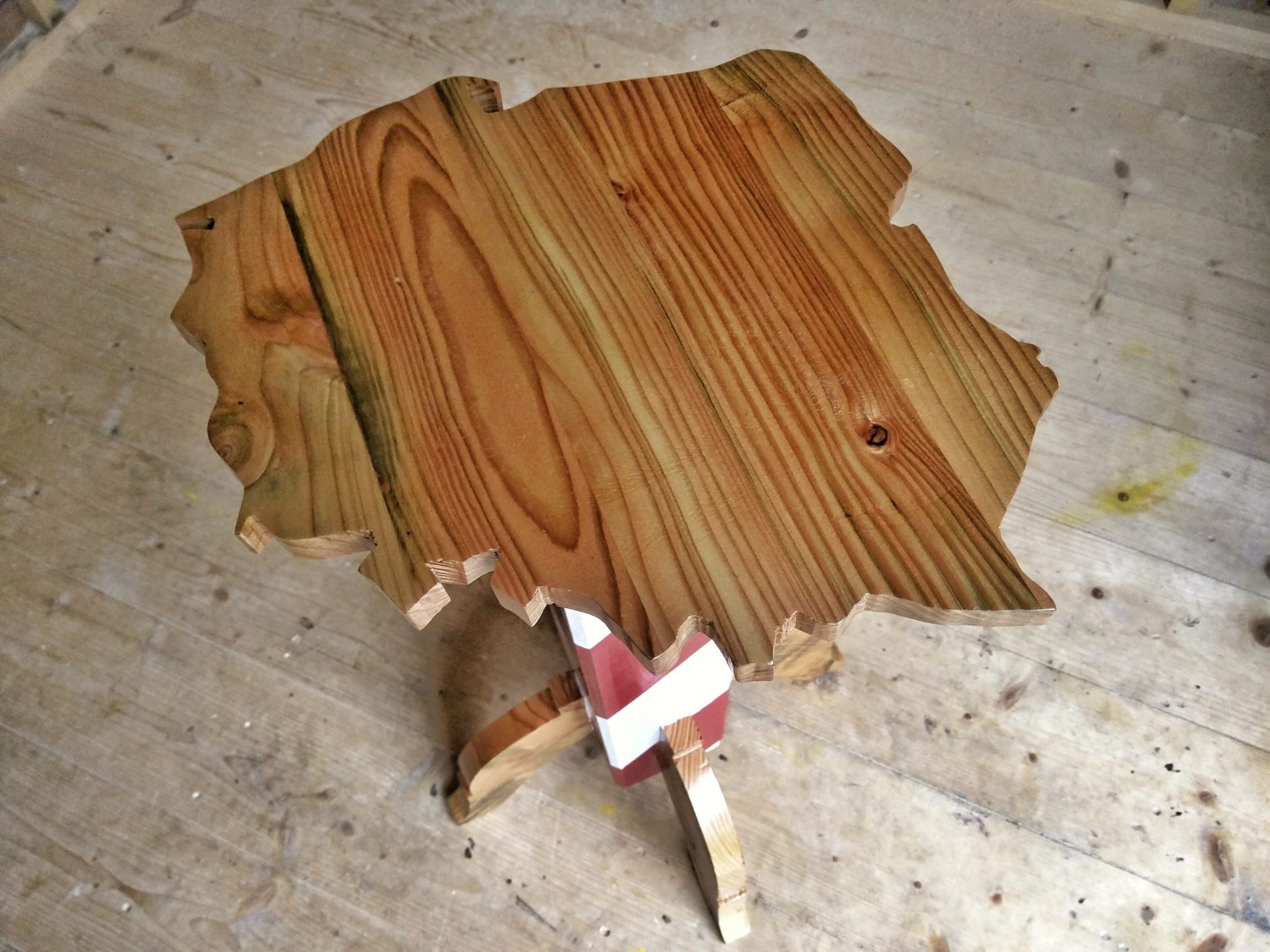 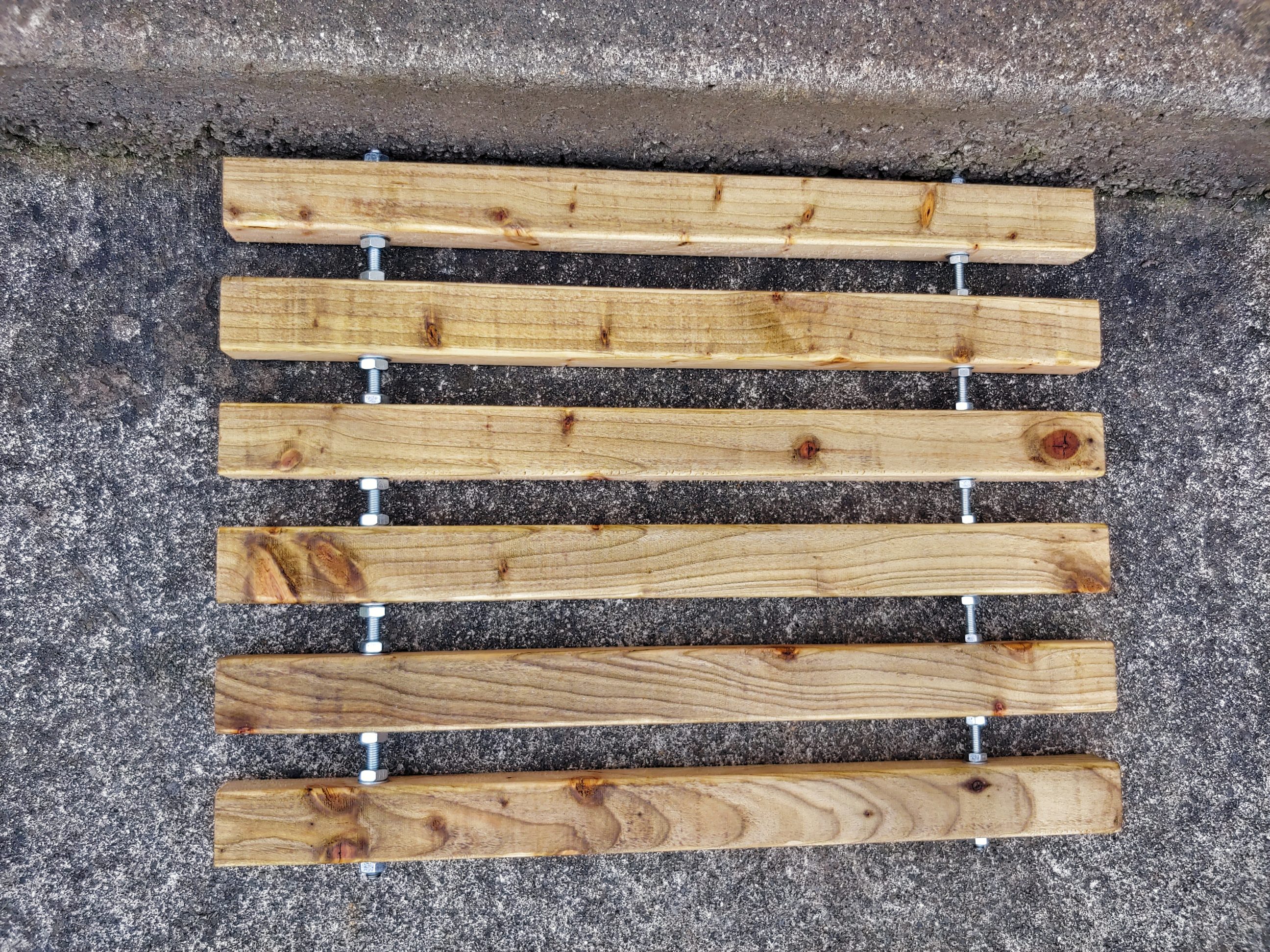