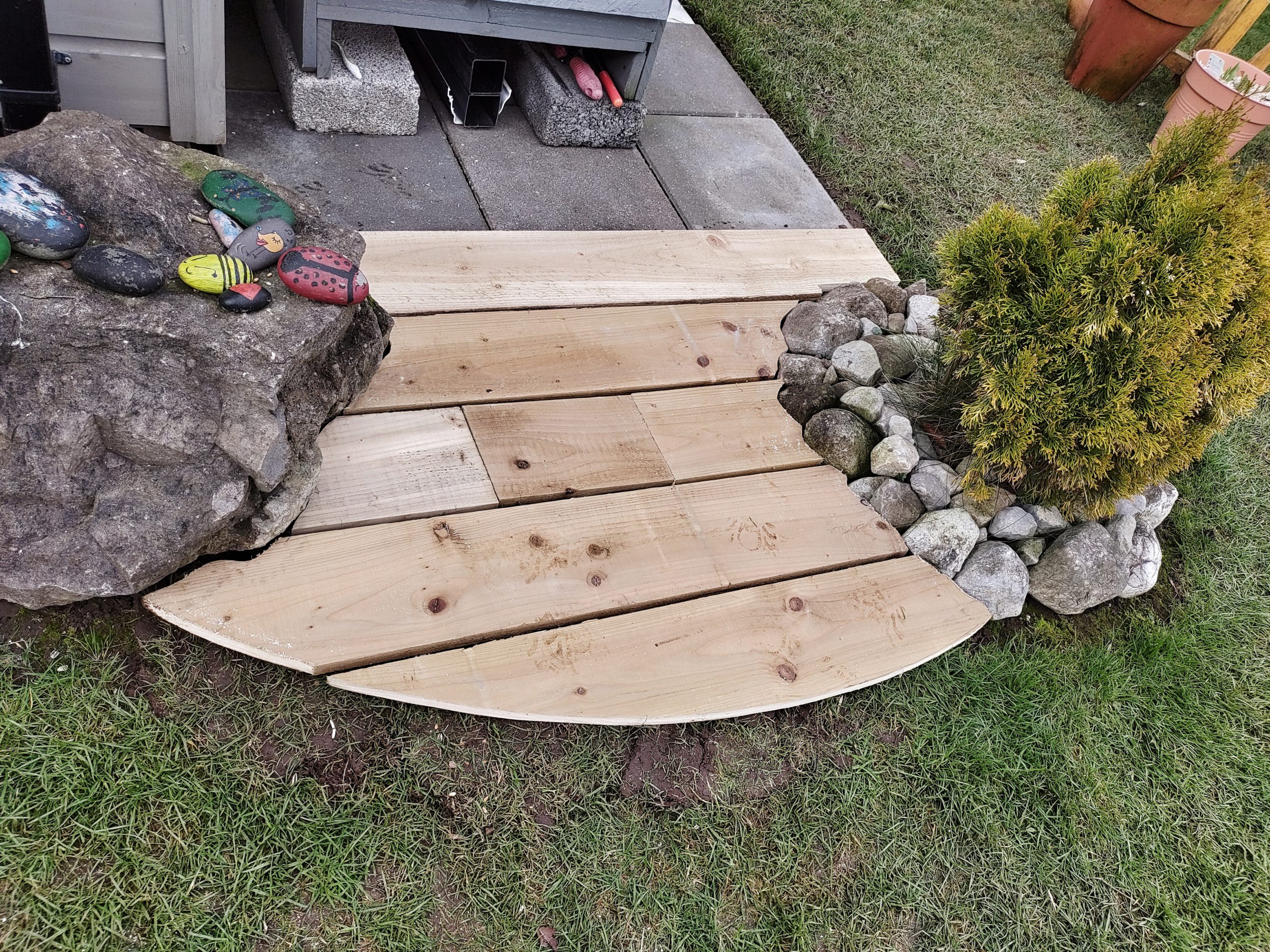 I am not sure if I can call it decking, it’s just a platform lying directly on the ground. All the boards are connected with a steel banding, so I guess I can call it a platform. Of course, decking can be laid on the ground, but usually not as directly as mine. In most cases, there is weed control fabric below a layer of gravel – decking sits on top of these two. I made it cheap, using scraps of pressure-treated wood. No fabric, no gravel. I don’t like using fabric, it allows drainage but sooner or later weeds will find a way to grow through it. For small areas scrap sheet of plastic works the best, but it doesn’t pass any water. I didn’t want this platform to be submerged in water during the wet season, also buying fabric wasn’t the thing I wanted to do. This “decking” should last 3 – 5 years, its parts can be easily replaced or fixed if need be. If the grass grows through the gaps it will be cut with a mower. Just an experiment, cheap to make and as simple as possible.

I started with levelling out the ground. I removed grass and soil from the high spots and placed them in the low spots. A 5-minute job. The centre of the circle (arch) was the edge of the concrete block, the one on the right-hand side – its left edge.

One by one, I cut all the boards to size. For the centre, I used leftovers of the scraps – they would never be seen. All the winding lines were marked without using any fancy tools – just a combination square and a pencil. One end of the rule followed the curves, the pencil sat in the corner between the head and the rule on the other end. The head of the square was tightened in different places for each board – it was the distance between the most distal points of each curve.

When all the boards were cut to size, I trimmed a couple of strips of banding and fixed them to the boards. Of course, I had to flip all the boards over and spaced them out evenly. Once connected, they transformed from single boards to a platform. I placed the assembly on the ground and called the decking done.

I placed a couple of taller flower pots at the back and the small ones in the front. The plants will cover the garden toolbox a.k.a “the coffin”, which doesn’t look too pretty, especially its underside with all the scraps and rubbish pushed underneath. So the little corner will fix that problem – it’ll look green in a couple of weeks because here in Ireland the vegetation starts early. It’s just another outdoor woodworking project that is also a garden decoration. 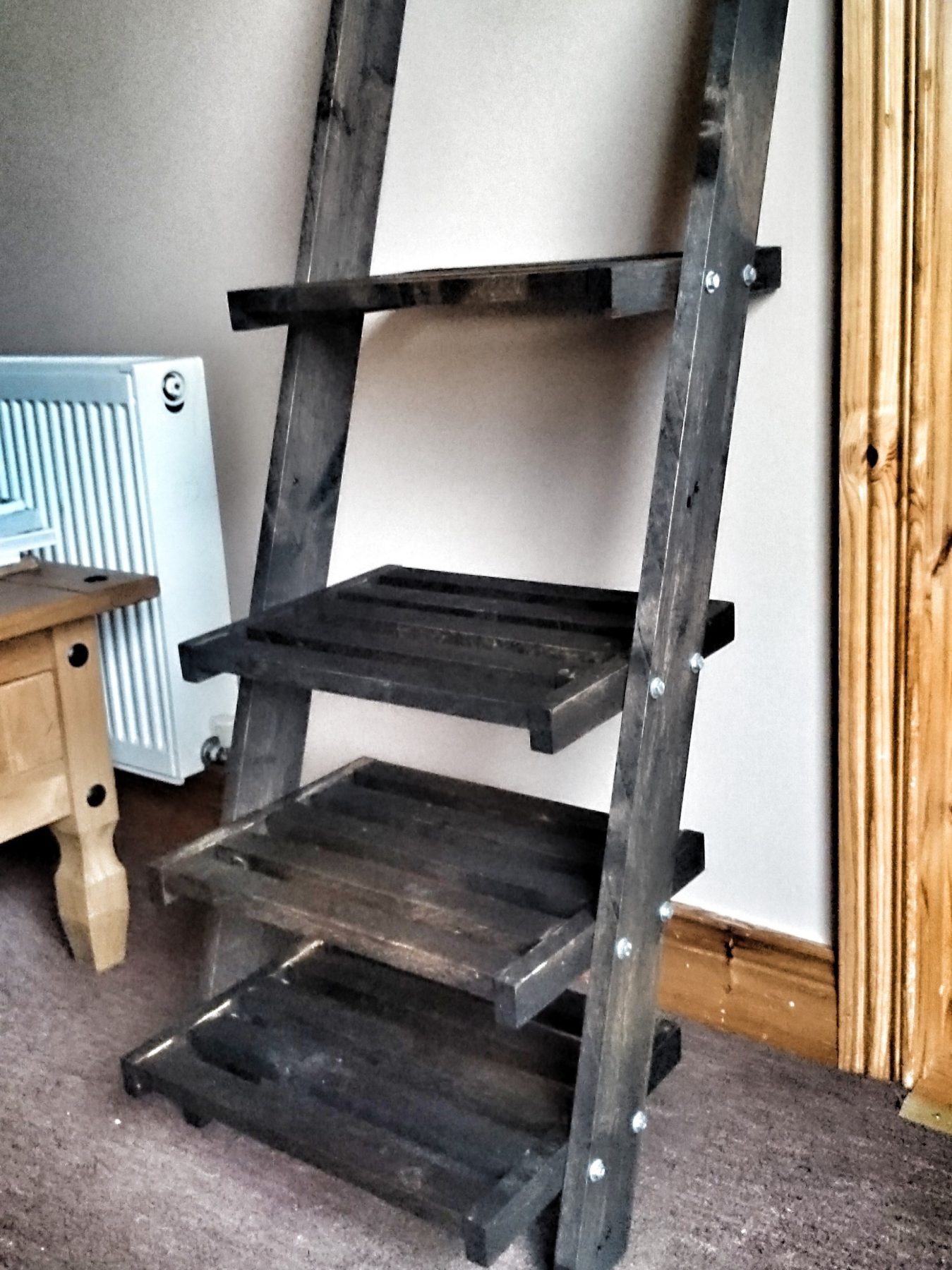 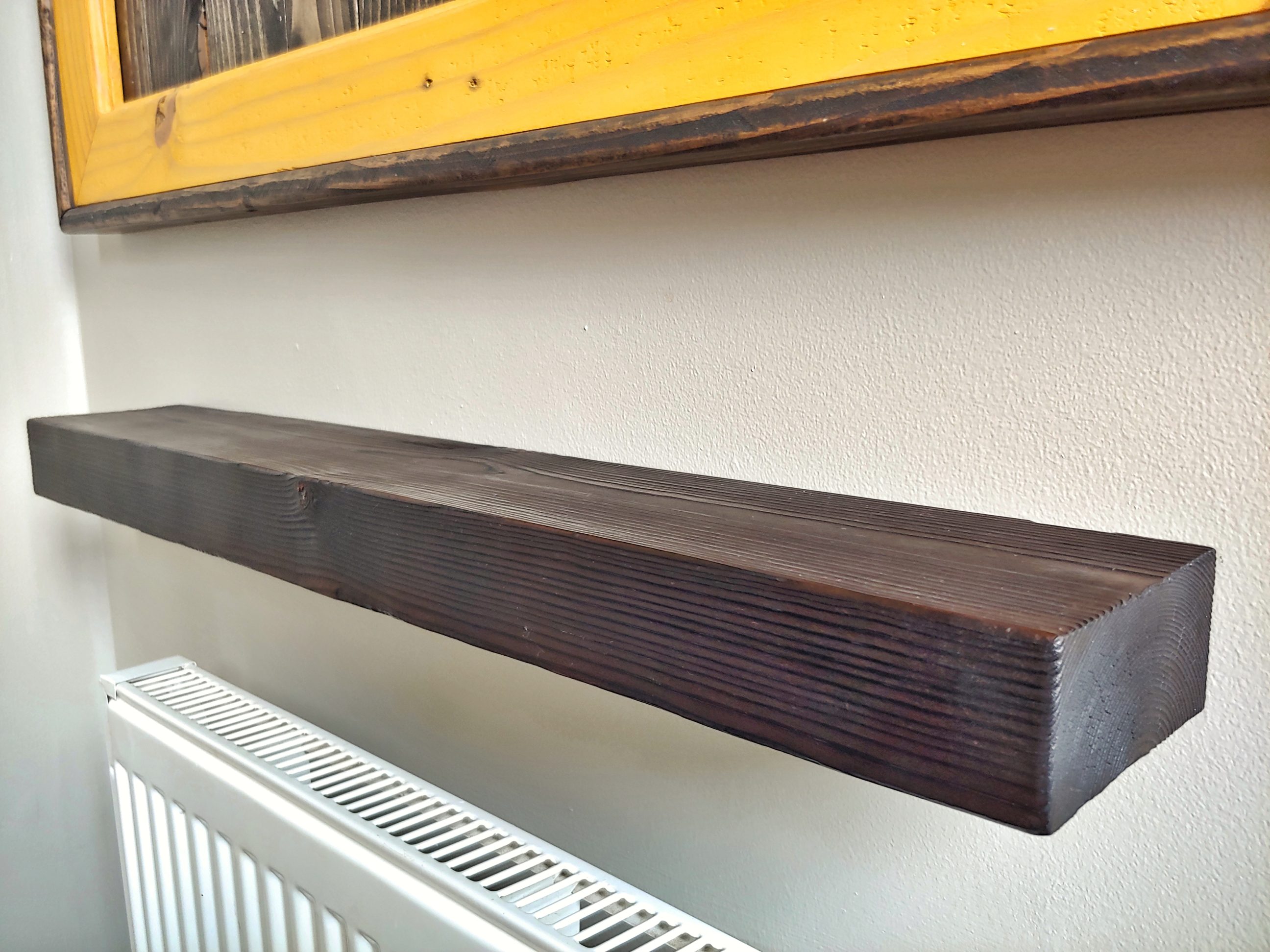