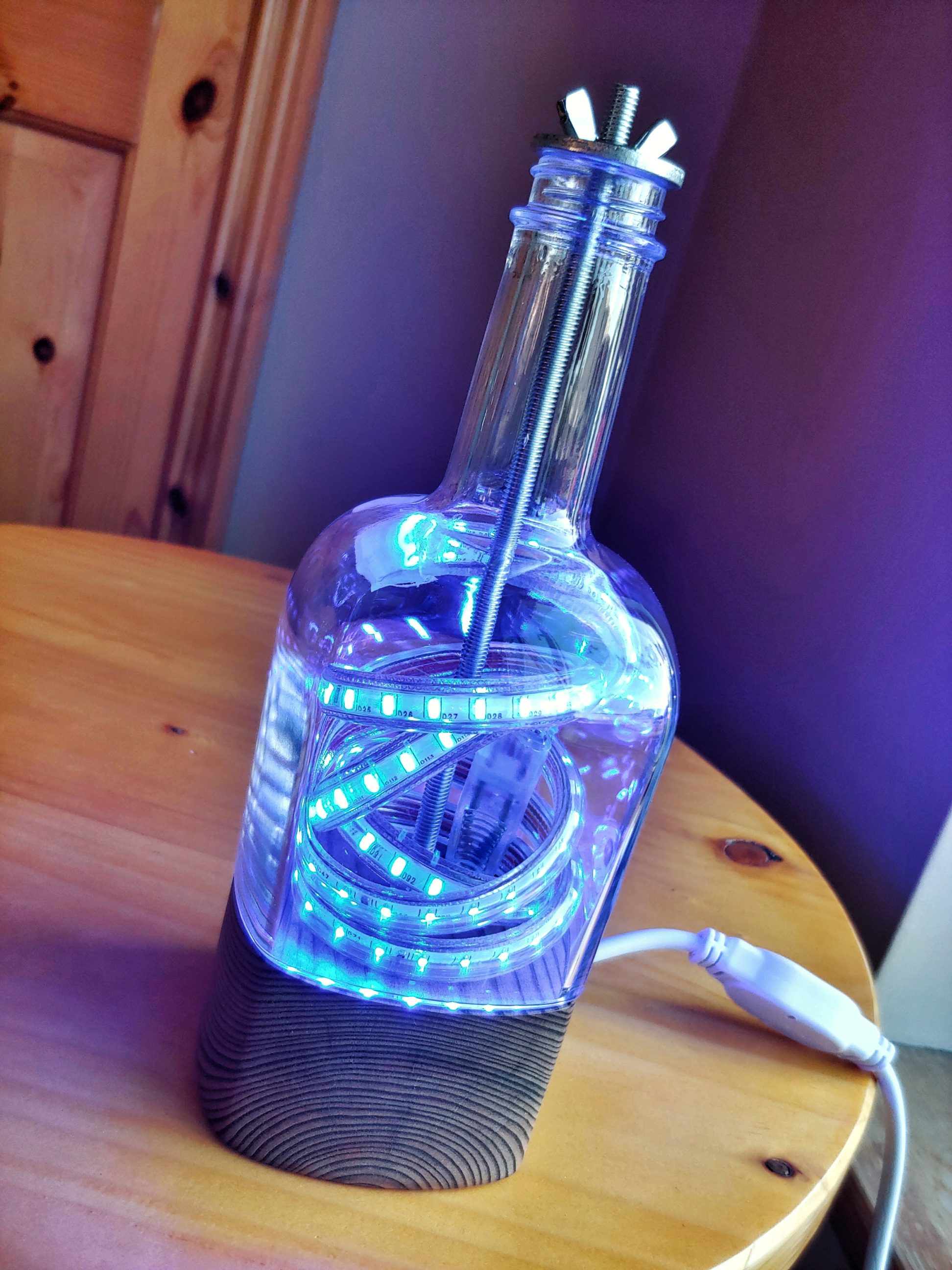 This is continuation of my latest project – square gin bottle cut – largely about woodworking as the glass was already cut and ready to go. With the right tool, which was my new bandsaw, cutting the base was easy and accurate. I cut it just outside the line and removed the rest of the material with my belt sander. I also eased the edges with sandpaper, top one just a bit and the bottom one quite much. I usually do the same for table tops, platforms and such, but I use my router instead of a sanding block.

I drilled a hole for the metal rod and counterbored it from the bottom. Another hole was more a socket for the LED strip. I used a 12 mm spade bit to drill, but didn’t pull out the bit until it stopped completely – that way I got nice and crisp edge on the top. I countersunk it, switched to a 6 mm bit and drilled all way down (during the installation I found out that the hole was too small and resized it with a larger bit). I routed out a groove for the cable and finished it with a small file.

I cut the threaded steel rod to length and formed a chamfer at its end with a file. Next thing to do was to apply some dye to the base. That was homemade, steel wool and vinegar dye. I applied it liberally, wiped off and waited 24 hours before applying the oil. I noticed that some checks appeared, probably due to the moisture and quick drying. All the same, once the oil was still wet I did wet sanding with a very fine sandpaper (600 grit, but 400 would work as well) and then wiped off the excess. I applied 2 coats of teak oil in total.

I had to insert the cable through the base, but first it needed to be cut in half. I used shrink tubing to secure the connection and then fixed the cable in place with a round staple.

I put everything together, including the washer at the top and the wing nut. The washer helps to evenly distribute the clamping force and to protect the glass. There is a small gap at the top that enables hot air to escape. All the lamps placed on my tray have shortened mains to be less messy, this is done on purpose and lets the “station” look nice and tidy. 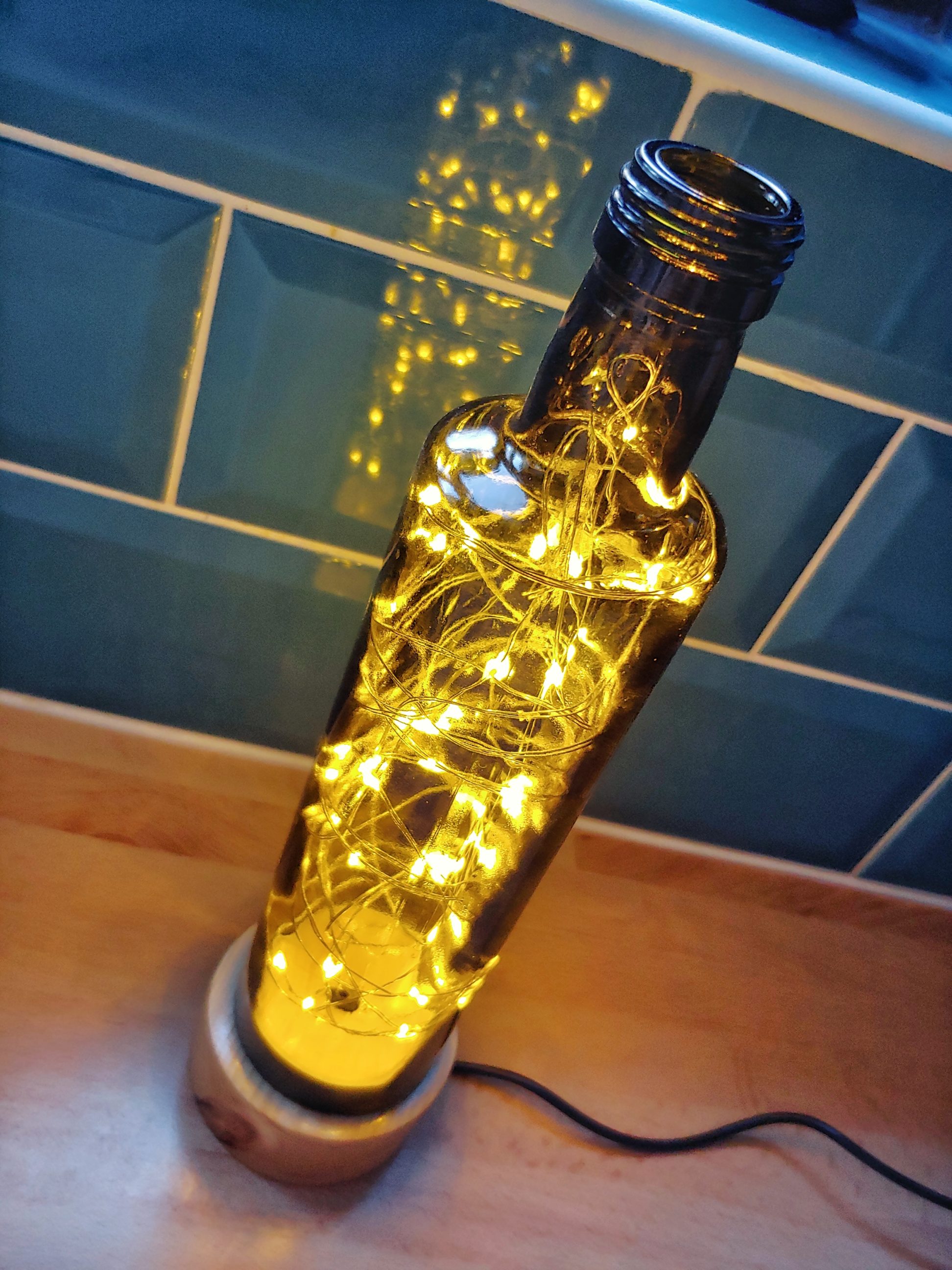