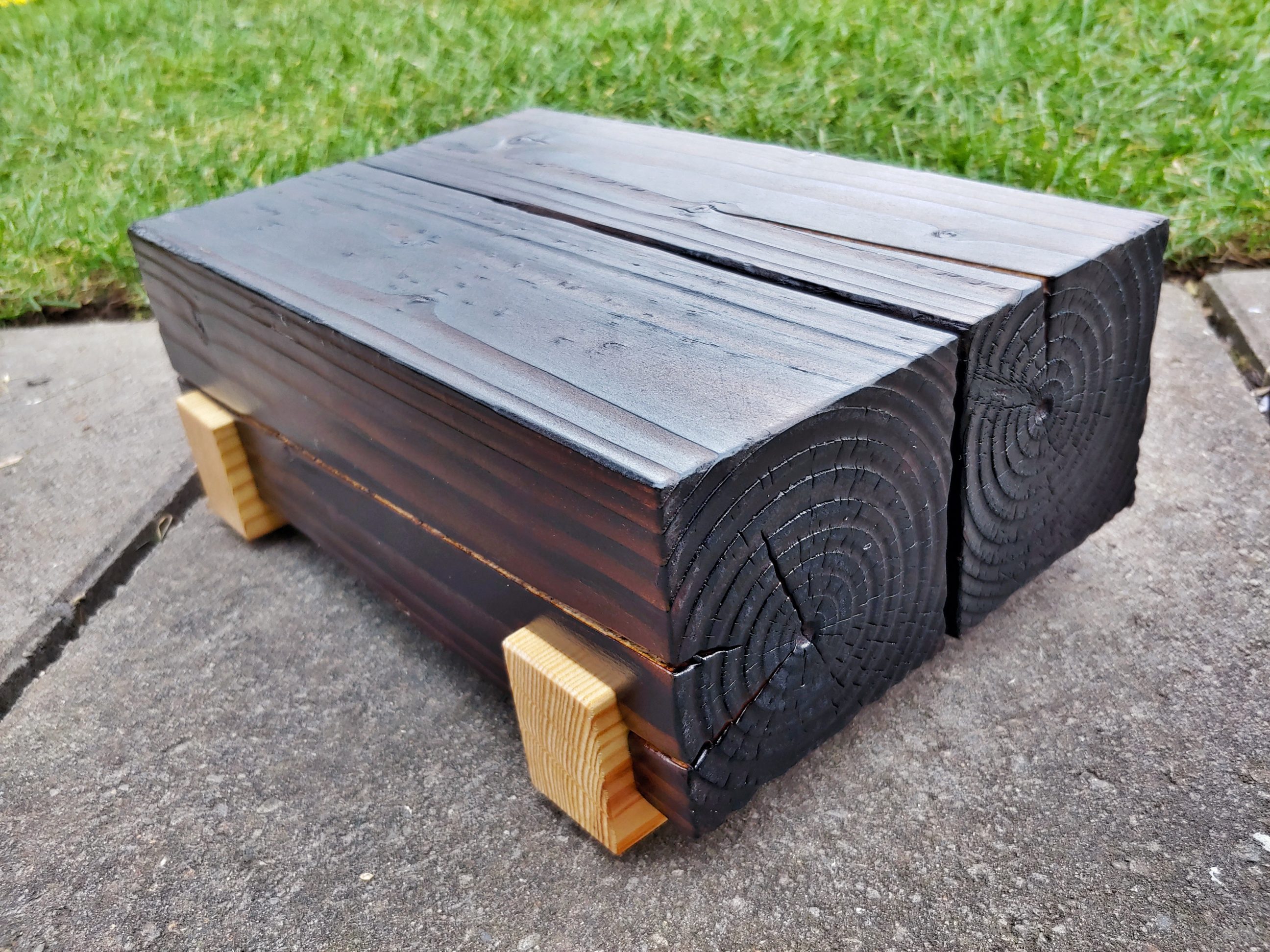 Simple construction and the look that matches my other projects in the room, i.e. my pedestal table and the cascade shelf. I used scraps to build this platform, some of them were even pre-finished with lacquer. I didn’t want to remove that finish from them, but also wanted to treat the charred wood with oil. The top coat on both of them had to be glossy lacquer. Luckily, a combination of oil and lacquer is completely fine, as long as the oil has fully dried first. I started the build with removing the twist from the post, I clamped it in my Superjaws and used a jack plane. Once it was straight I cut the post in a half, I also cut the runners to length.

I cut the dadoes and flattened the ends, using my 14″ plane again. The post was too thick for the table saw blade and apparently the blade itself wasn’t set at the right angle. But I planed the ends down a bit and all the remaining imperfections were removed in the next step.

I charred the wood from all 6 sides, even the bottom and the inner parts, to give them a professional look. As always, I next brushed off the char with a soft, nylon brush and applied a heavy coat of teak oil. I also lightly chamfered the runners and sealed the end grain with oil.

Next, it was time to drill holes in the runners. Due to the grain direction I didn’t want to use countersunk screws. Probably they would work, as the wood was very dense and solid, but instead, I used flat head screws with counterbored holes. I also eased the sharp edges with a countersinking bit, just for aesthetic reasons.

I gave it a week to dry then I applied a few coats of spray lacquer. It changed from matt to glossy, but also got some protection from scratches. It was ready to use the next day as the lacquer dried very fast, I only had to install gliders and I called the project done.

The stand perfectly matches the cascade shelf, which was also sprayed at the same time. However, the oil used in these 2 projects was not the same. Teak oil dried in a weak, whereas boiled linseed oil needed about a month. Anyways, I’m very happy with this project, it’s colours and proportions. The end grain shows perfectly and also all these cracks, shakes and checks add some character to the project. The runners were used in another project in the past, that’s why they were pre-finished with lacquer. Good quality pine beautifully contrasts with construction grade timber due to its colour and grain density. Also, the light and the dark wood parts go in the opposite direction which makes the project naturally balanced and structurally strong. 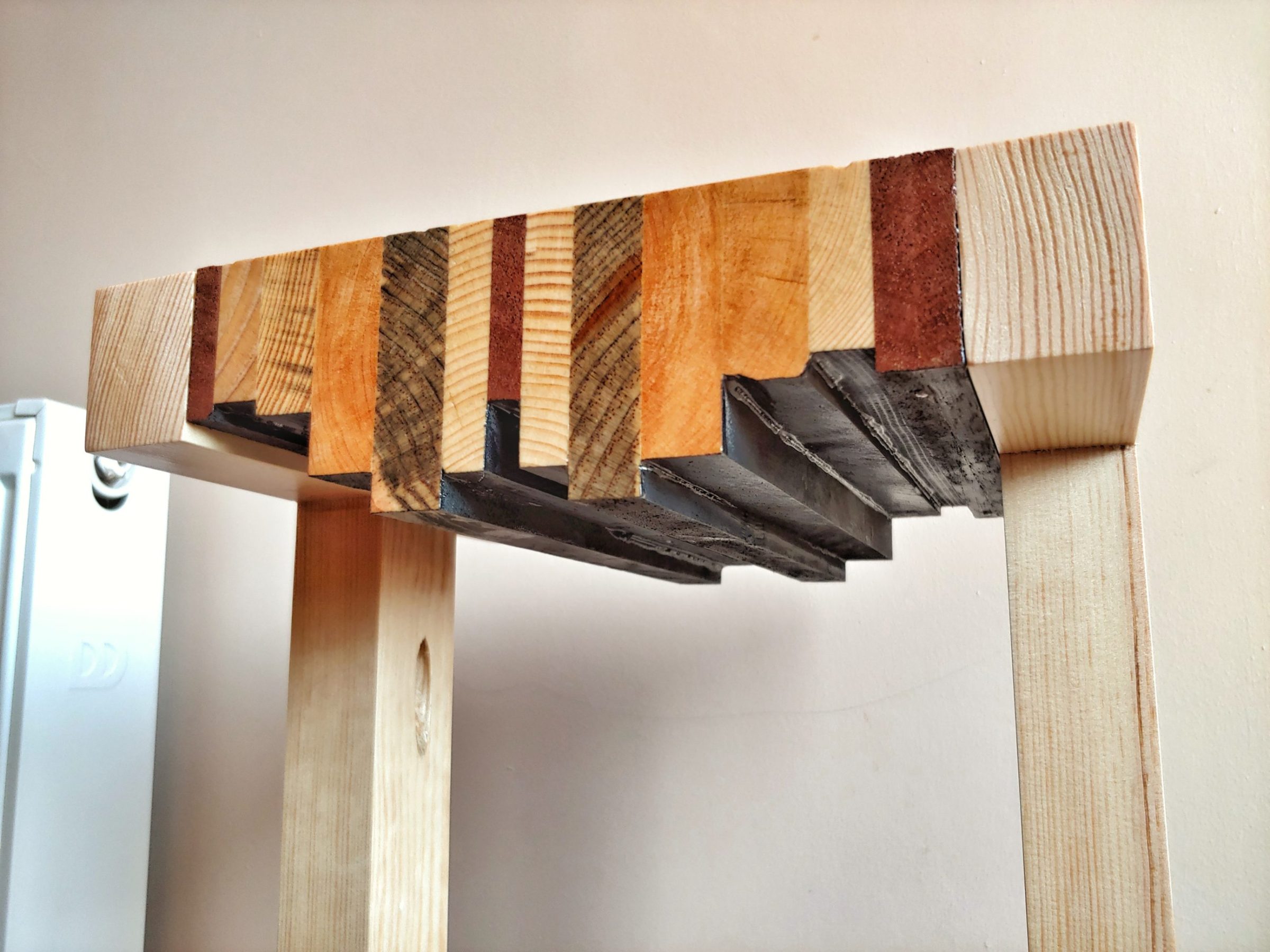 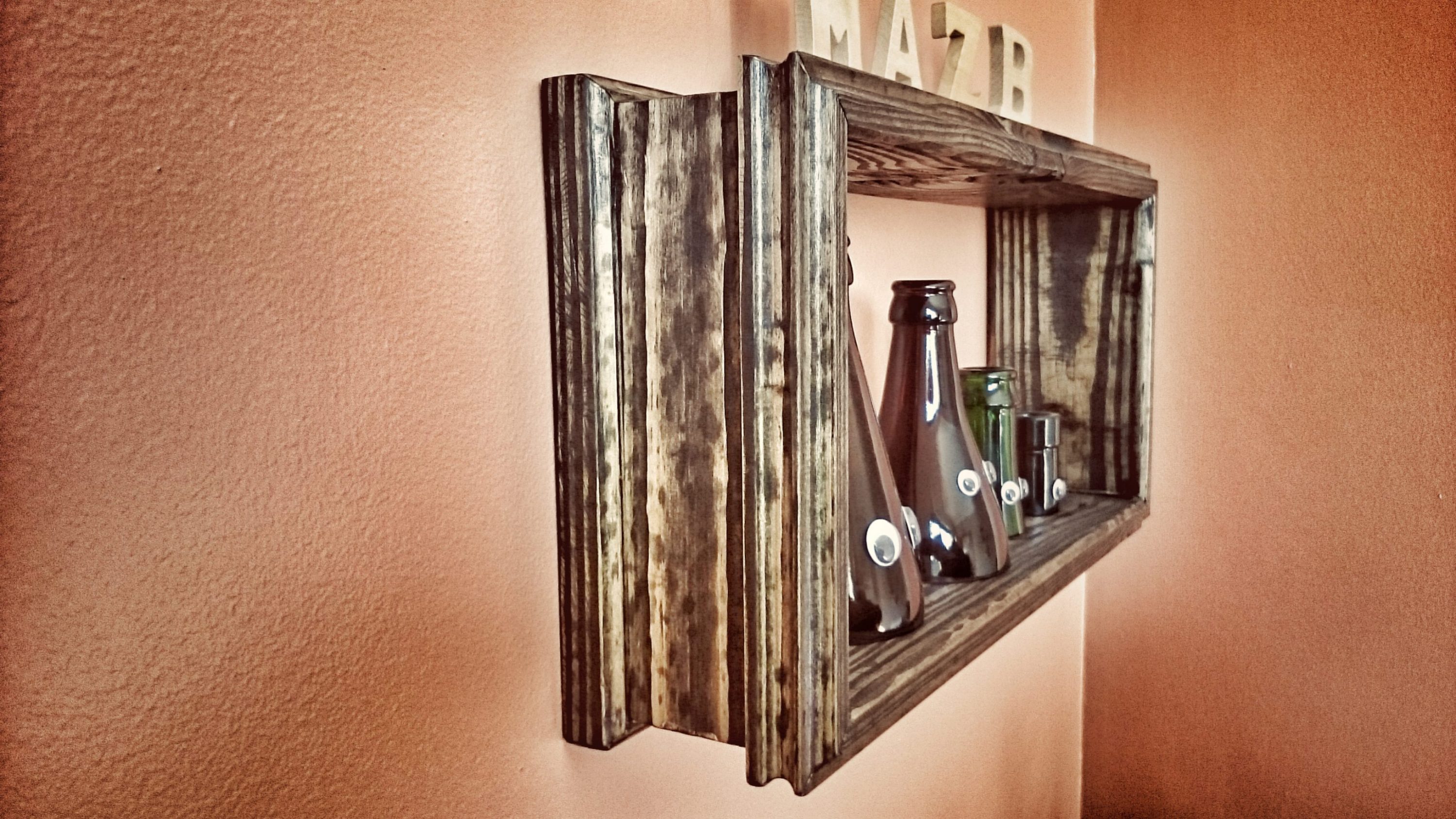