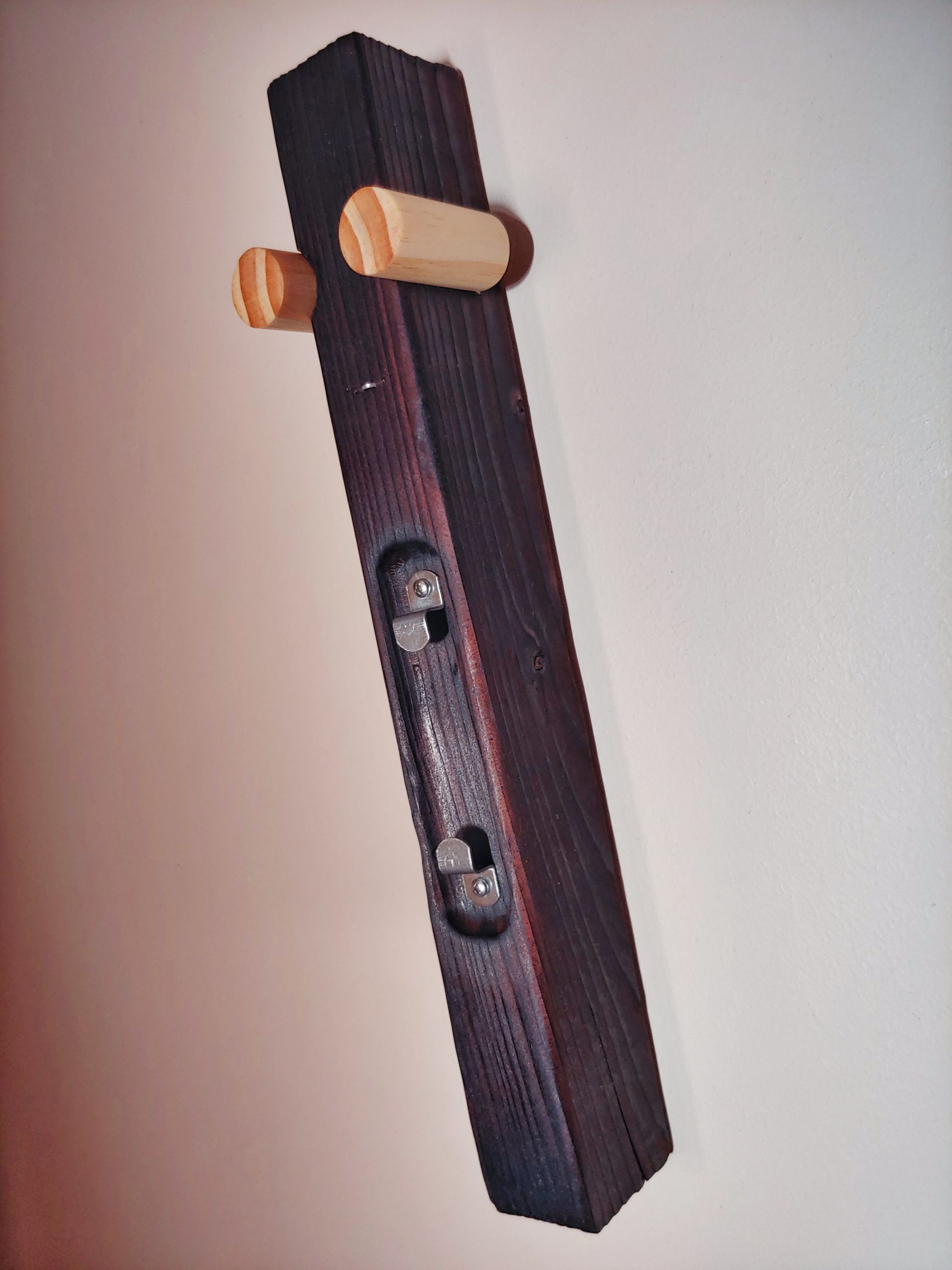 Out of nowhere it’s turning into a series of heads, or whatever it may be called. There is already one on the wall, I call it Bandit, this one is the 2nd, and another project is underway. They are always made as I go, without any plans, maybe just with a blurred vision in my head. One thing in common – they’re made of scrap material and other upcycled items. They also have their names.

I started with drilling 2 holes / sockets for the dowels. Not all way through, I left lips to support the dowels on them. Next I routed out the mouth using a bowl router bit.

I burnt the wood with a blowtorch, just the front, leaving the dowel sockets untouched, but also making sure that the “mouth” was completely browned, even the curved banks.

I cleaned it with a soft, nylon brush and applied one, heavy coat of teak oil to stabilise the surface. Once it dried I installed the nose – a round staple, drilled a hole for the foot and another one for the hanger.

2 teeth were simply canvas offset clips installed with a round head screws. All front hardware and fixings were made of stainless, silver steel while the back ones were yellow. Sometimes it has to be consistent, right?

I lightly sanded the dowels and fixed them to the middle block using fast drying wood glue. The dowels could be attached in a couple of orientations making the face sad or smiling but eventually they were attached with the grain orientation that was safe for seasonal wood movement. In theory, the dowels would only shrink in horizontal direction and the joints shouldn’t crack over time. I got a little glue squeeze-out which was removed after 10 – 15 minutes after the glue dried a bit. I used a pocket knife to clean it out. Clamps were removed within a half an hour and I used another bottle of teak oil to finish my work. And that was it – I hung it on the wall and enjoyed my work. 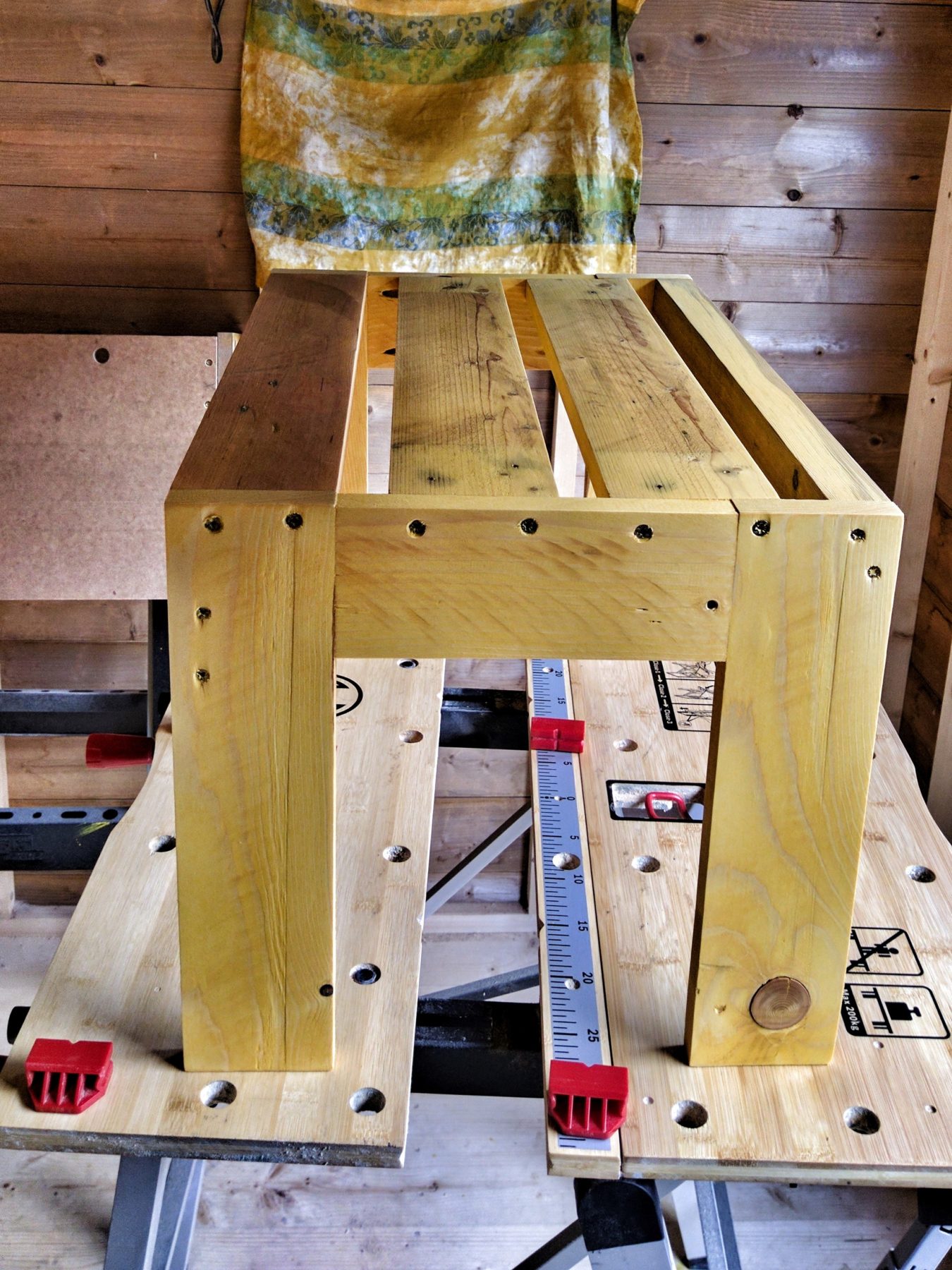 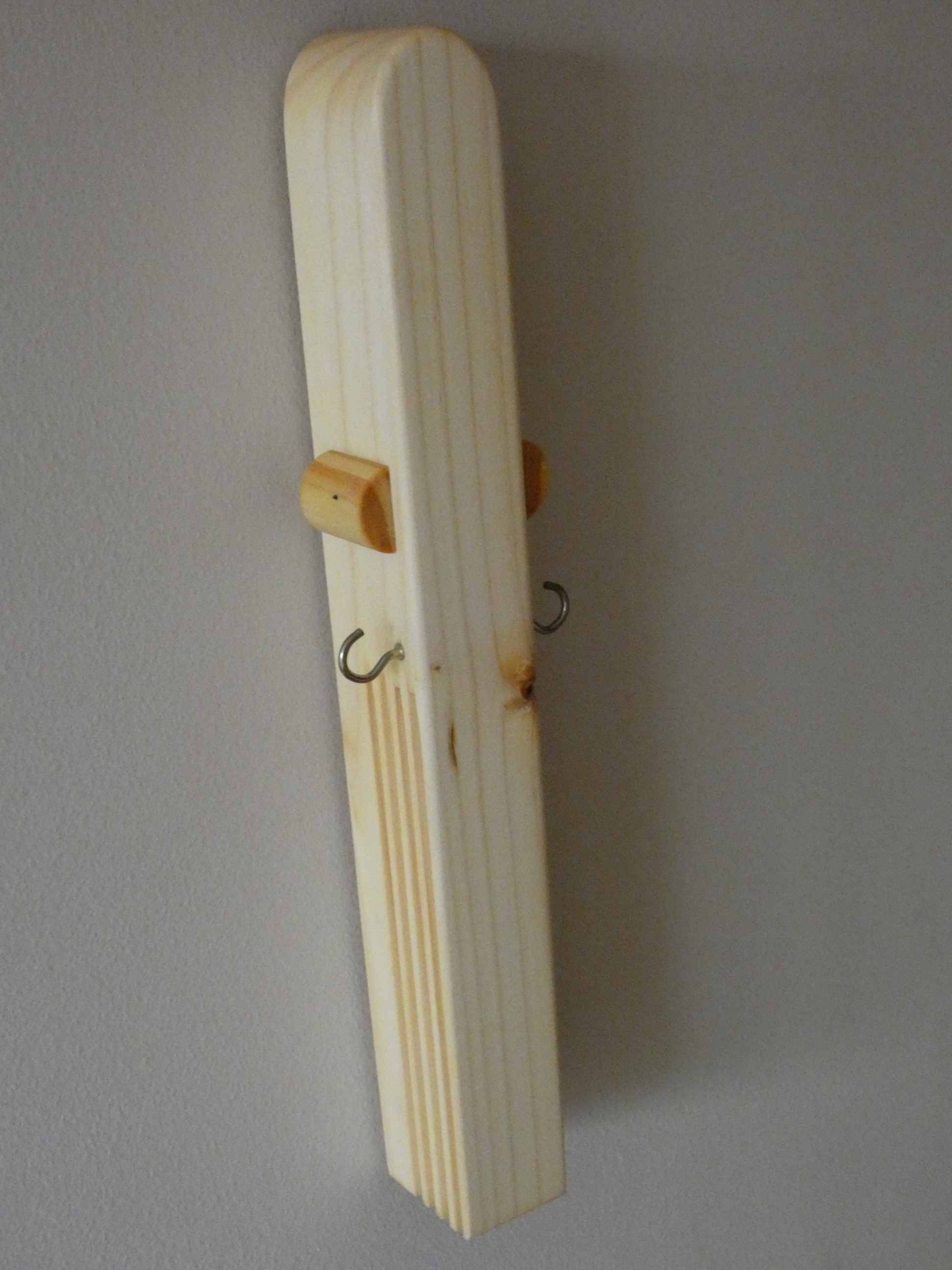