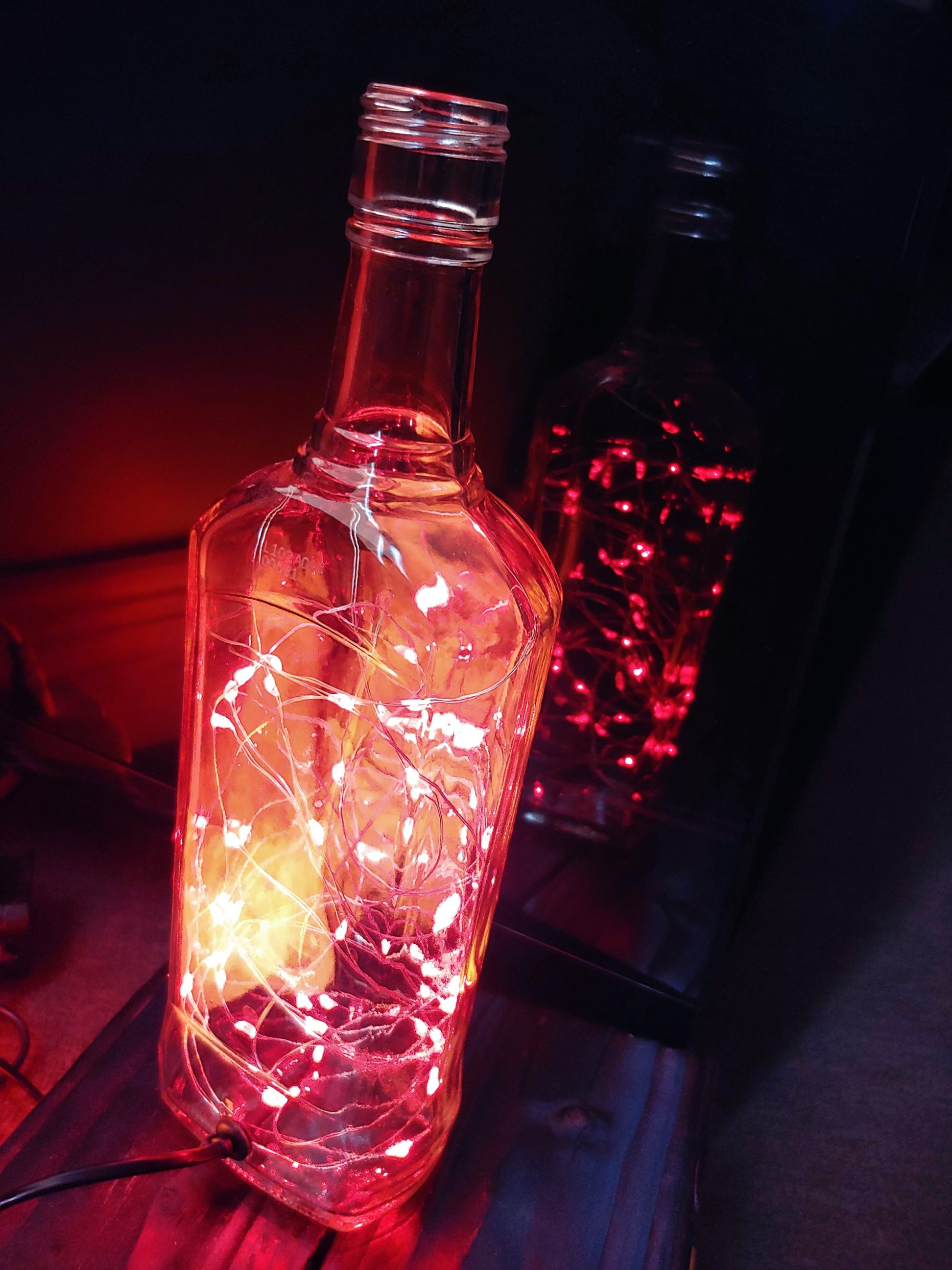 Indeed, it looks like cranberries in a bottle, it’s even a cranberry liqueur bottle. Coincidence? – I don’t think so. The contents determined the LED string colour, it could be anything, but for this project, I used red lights. I simply drilled a hole for the LED string, installed a grommet and plugged the lamp in. Power consumption is very low, as this is a USB string, it also doesn’t generate heat. It’s a great present idea or a beautiful decoration for any table/shelf. Here’s the How-It’s-Made part:

Drilling the hole was easy and done with the bottle completely submerged. Painter’s tape held the drilling fixture in place throughout the process and a sharp bit drilled a perfect hole in less than 20 seconds. I installed a grommet to protect the wire from wearing. It actually doesn’t matter if the bottle has any blow-out from the inside, as all of the sharp edges are covered with the rubber grommet. This is completely safe to use and doesn’t really look that bad at all.

Once the hole was prepared, I had to insert the string through it, all way up. The hole was big enough for the string with its lights, that’s why I didn’t have to cut the cable in half like I usually do. This time I just slipped it into the bottle, pulled it out, installed a cable tie, pulled it back out and installed another cable tie, on the other side. Simple as that. The cable got a permanent fixing and won’t move anywhere. I cut the recess of the cable ties with flush cut snips, and I mean a true 100% flush cut. These are very special snips, I only use them for cable ties, for any other task I would use regular ones.

To pack the cable inside the bottle, I used a carpenter pencil, there was even a thought to leave it inside, as it was never used and beautifully matched the colour with the string. Eventually, I left the lamp on its own, just the glass and lights. Simple and glamorous. 2 things make this project one of my favourites – beautiful, vivid colours and simplicity of making it. It’s a nice feeling that it’s kept simple, still works great and catches eyes. 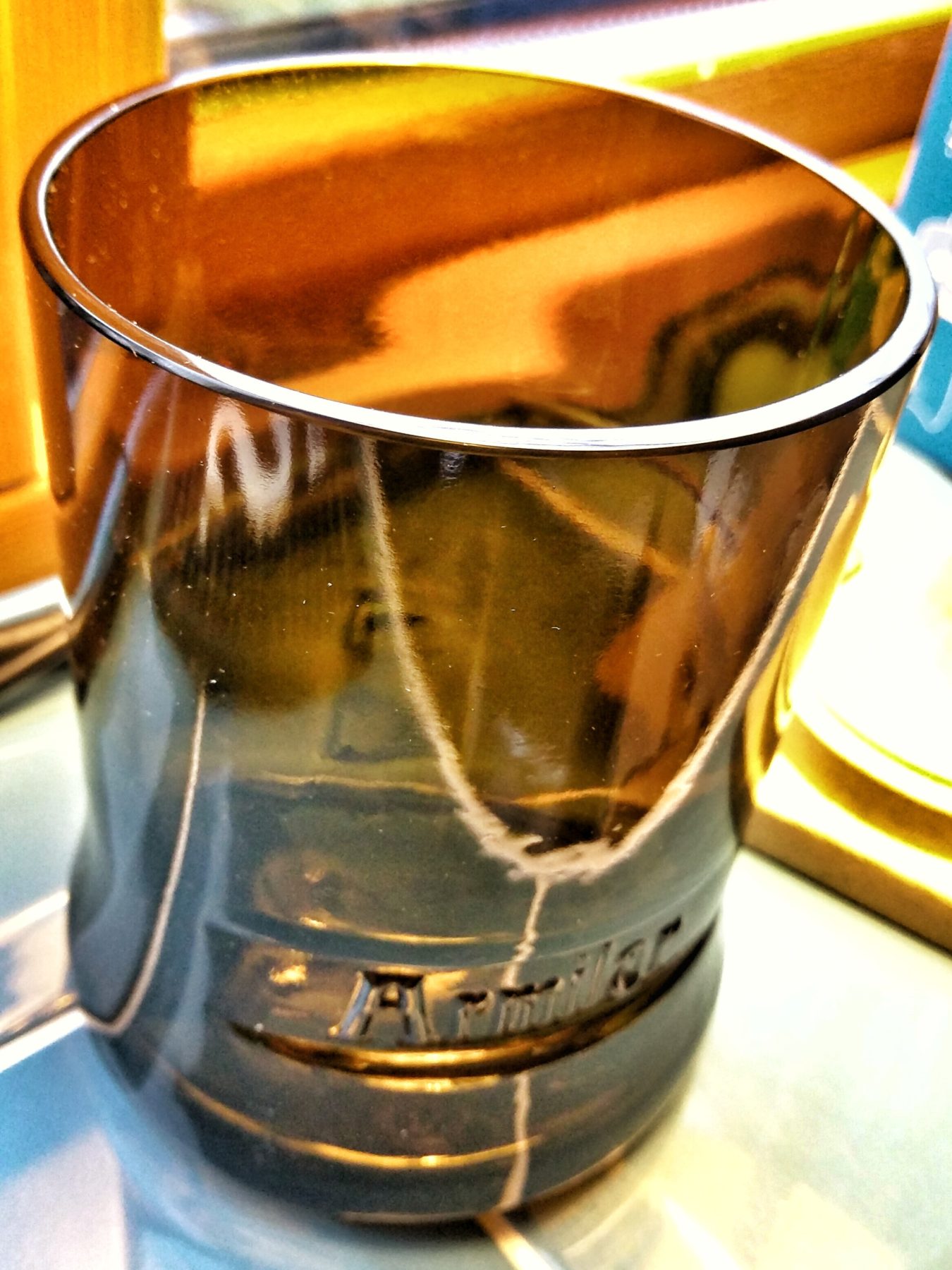