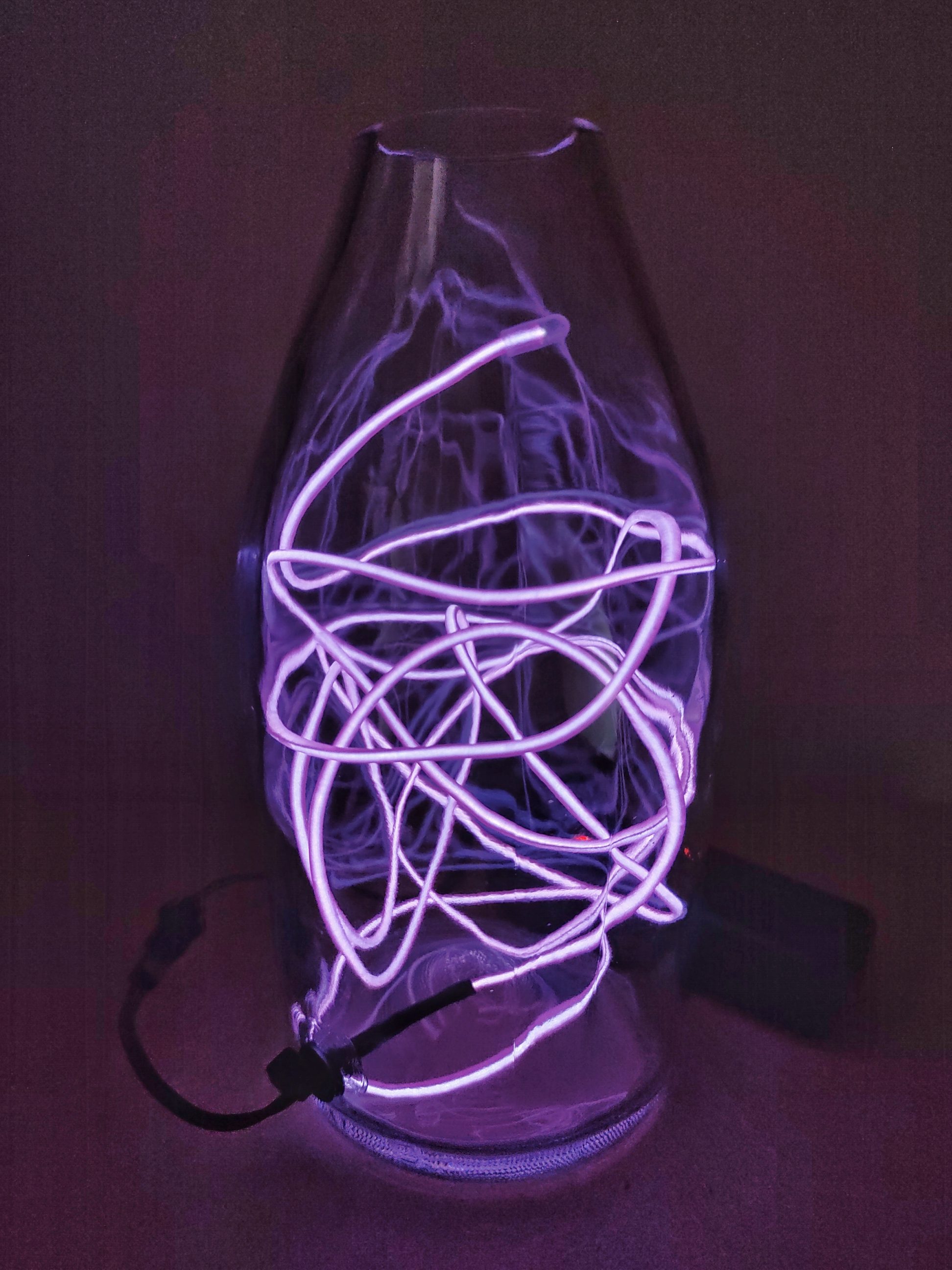 This project is a remake of something that was made earlier and wasn’t used too much. It was called a bottleneck vessel and was made of an old champagne bottle. Cutting and polishing the bottle was briefly explained in that post, so I can now focus on part 2 of the making. The easiest way to insert a cable to the inside, and not doing it from the top, obviously, is to drill a hole on the side. Another way is to cut off the bottom as I do every so often. But in this project, I drilled a hole when the bottle was submerged. I like to use a plastic bin for that job, which doesn’t scratch the glass. This is a quick process, the drilling fixture must be firmly attached to the bottle, so the drill bit doesn’t slip. Drilling takes a few seconds, the hole is left as it is, no sanding required, a grommet takes care of all the sharp edges.

The LED strip can be always installed from both sides of the grommet – the inside, which is more difficult, and the outside, which I did. Once it was pushed in almost all the way up, I disassembled the plug and attached some extension (just a bit of a cable tie) with a painter’s tape.

I pushed it further in, to be able to install a cable tie stopping ring on the inside part. Next, I pulled it out and installed another cable tie stop on the outside. Very tight and strong, the excess was cut off with true-flush-cut snips. That’s all it takes to secure a lead in the grommet.

These cable tie stops are a simple and reliable solution and prevent the cable from any in-out movement. I use them all the time, they always work well. Once I had that done, I removed the extension and put back the plug.

I inserted 2 AA batteries into the power supply box, joined 2 ends of the plug and the lamp was done. It has a few display modes: continuous light, it can flash slowly or blink fast. I displayed it on my newly made shelf next to the metal “paper plane”, which is basically a plane made from steel sheet, but it looks like a regular paper plane. 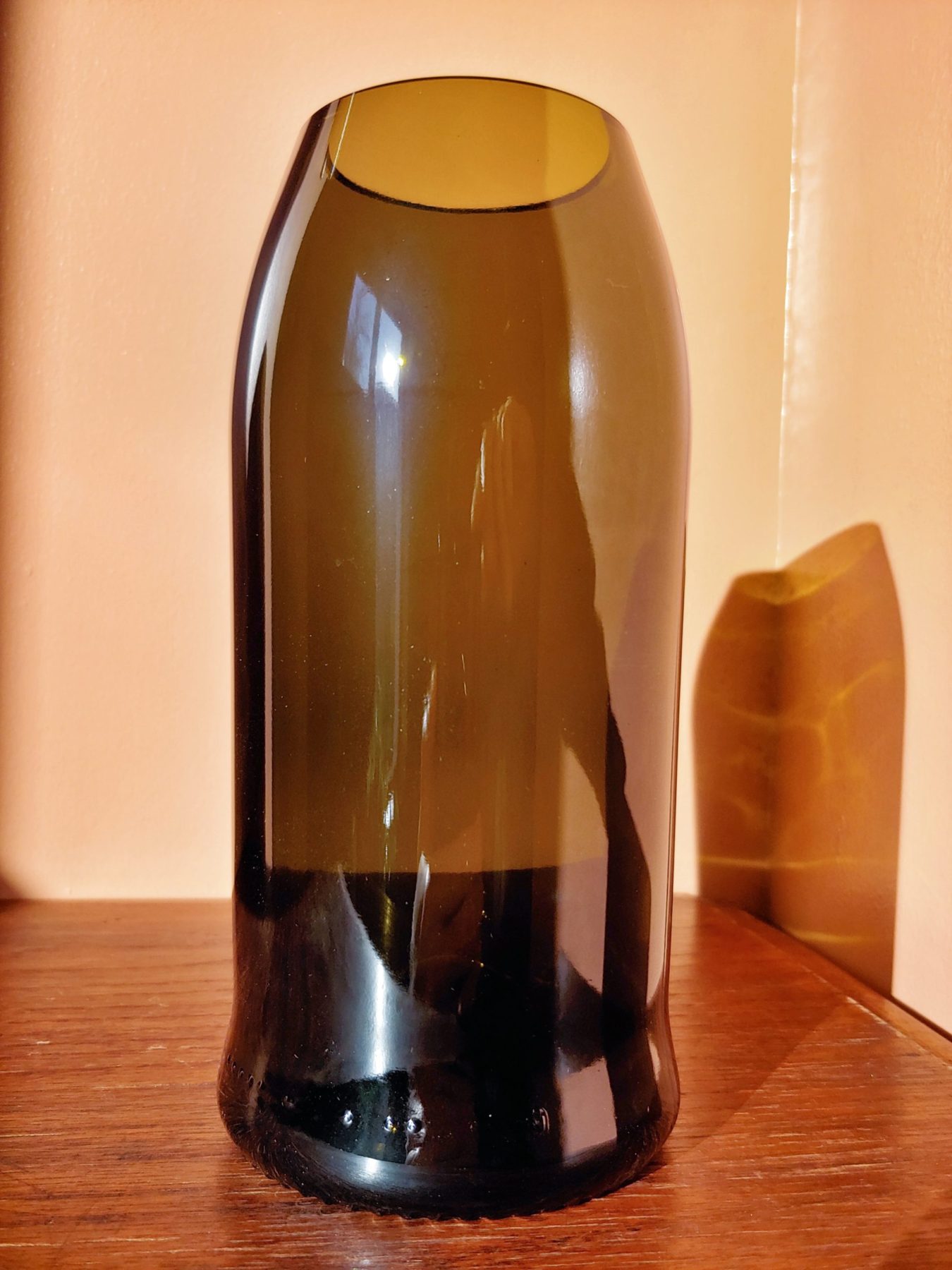 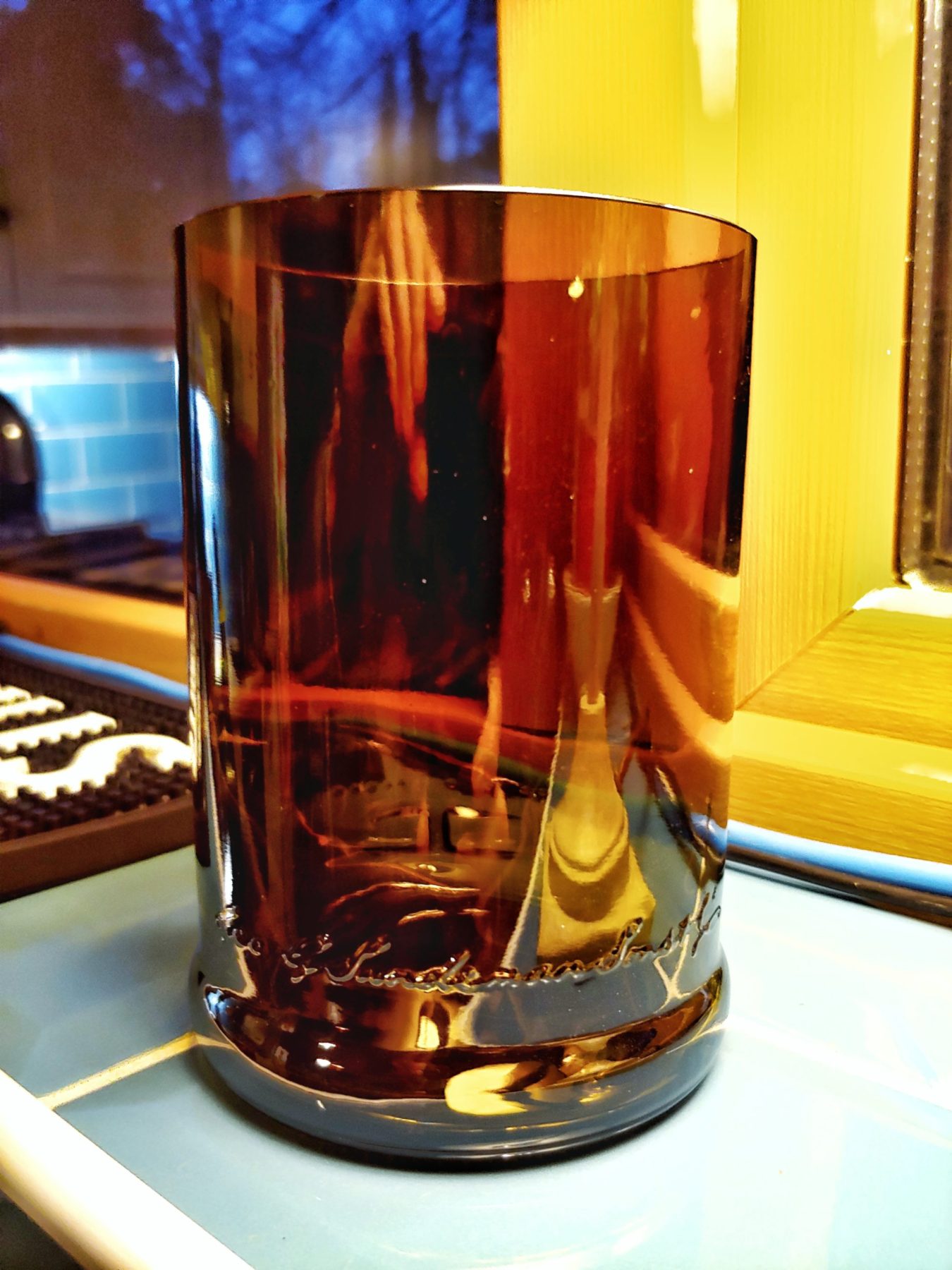