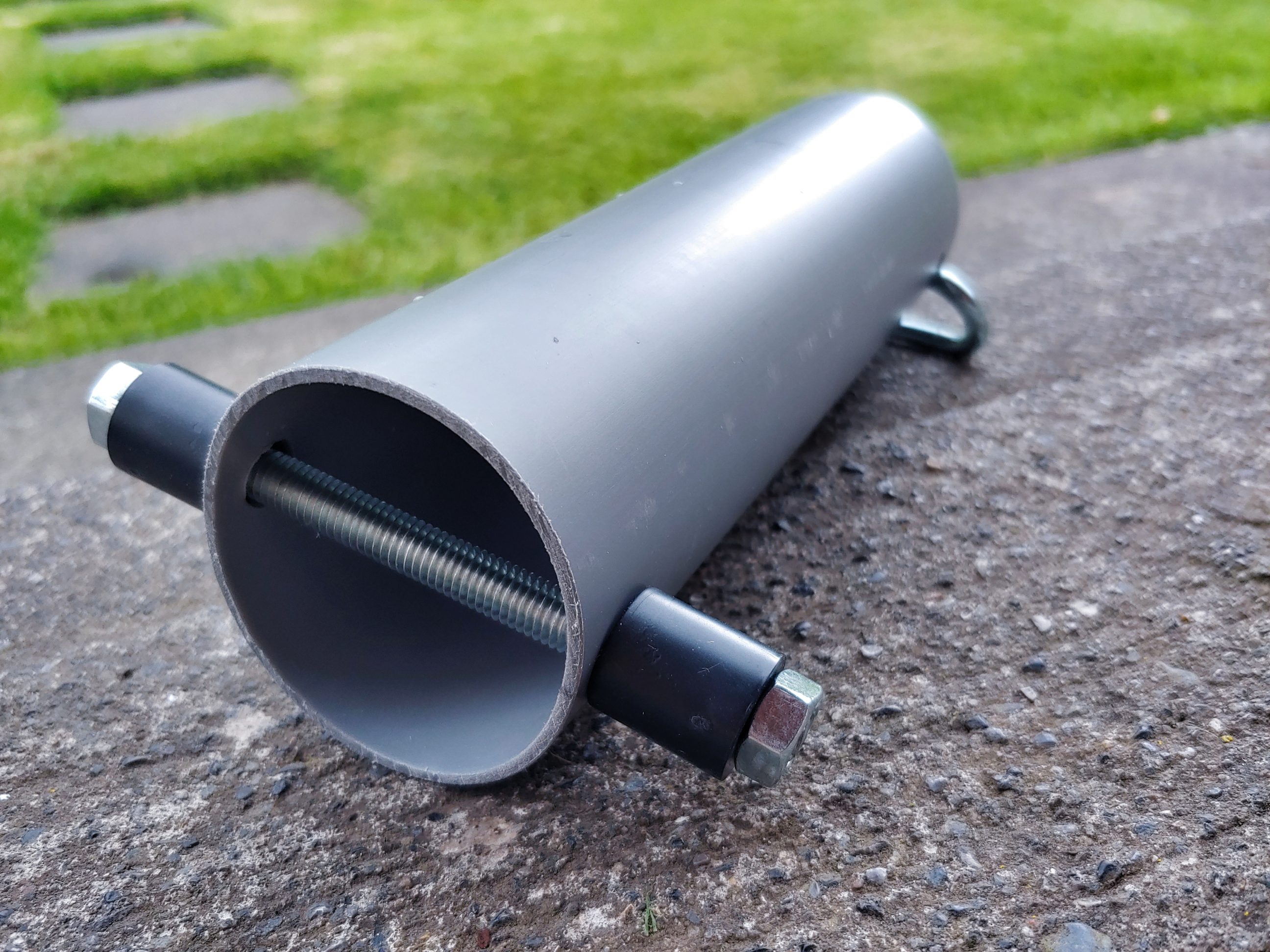 Its body was made from a plastic pipe, that was part of an intake/exhaust gas boiler shaft. However, not its origin, but its diameter was more important to me, the pipe could go inside the masking tape roll and surprisingly it could store some insulation tapes inside. The scrap pipe I had was too long, I had to cut it to size using a hand saw and a mitre box, and next all the sharp edges had to be sanded down. Once that was done I started drilling holes. As that project was very simple, there were only 2 steps in the making process: preparing the main body and installing the rod with all its components. It doesn’t have to be complicated, time-consuming and over-engineered to build something useful.

The proper drill bit for plastic, in my opinion, is a wood one (brad point). I use them for plastic flower pots, plastic buckets and all other tasks, and unlike HSS bits they don’t cause plastic cracking. That’s why I used a wood bit for that PVC pipe as well. I marked points with a pencil and drilled 2 holes for the rod and 1 for the carabiner clip. A quick sanding, to ease all the sharp edges, was followed by the assembly of the rod. I don’t even remember where did I get those black plastic spacers from, but they were perfect for the project. Also, the rod was already cut to size and had its ends deburred i.e. chamfered.

I didn’t have any locking nuts on hand and I had to make them myself. Instead of placing the plastic layer on the female thread, I placed it on the male one. It was just shrink tubing that I shrunk with a heat gun. It did the same job and saved me a trip to the shop. The holder serves well, just like expected. A bullet-proof design, quick and easy to make, portable, and what I like the most – made from 100% upcycled materials that normally would be thrown away.