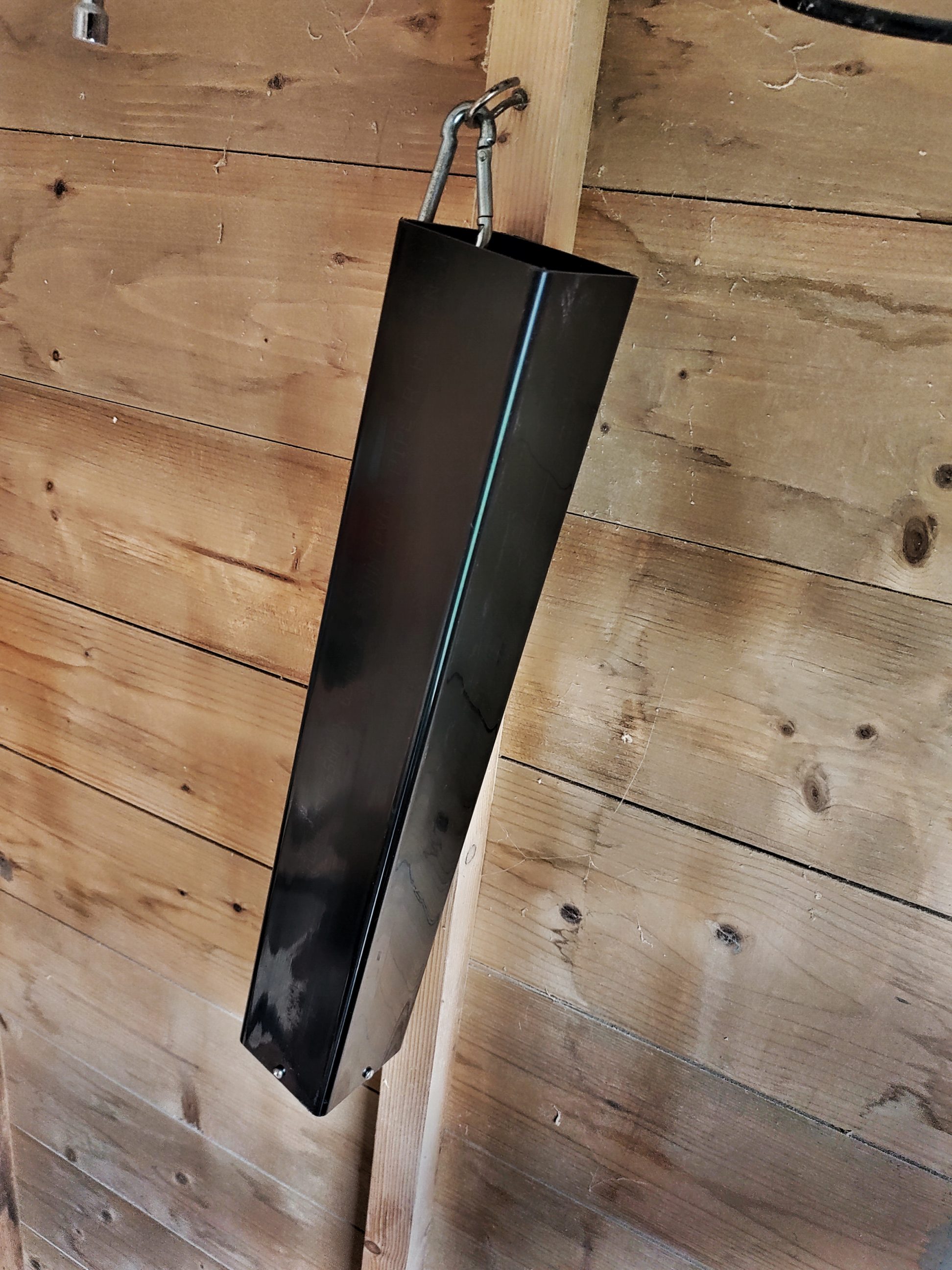 It’s made from an old PVC gutter and a scrap piece of timber. It can be put on the table upright or flat, but to make it more portable and versatile, I drilled a hole at the top for a carabiner hook. I use this tote for long jigsaw and reciprocating saw blades, they’re 250 – 300 mm long (10 – 12 inches), but it can be used for everything else. What I like the most about this project is the idea of upcycling scraps into something useful. There’s no need to throw away all the off-cuts from the shop – sometimes it’s better to wait and see, maybe one day they can be reused.

The build started from cutting the gutter to length. It only took a second to get it done, but cleaning the mess took much longer. Plastic dust and shavings were everywhere, they smelled bad and had to be cleaned up before I could even think about further work. Plastic – disgusting. Not my favourite material to work with.

Eventually, all the mess was swept away and I could use my table saw to cut the wooden base to size. Its corners were sanded to match the shape of the gutter. Drilling holes came next – a 10 mm hole for the clip and four 2.5 mm holes for the screws. I had to be careful with that 12 mm thick base (1/2 inch) as it could easily crack. That’s why the drilled holes were just a bit smaller than the screws. I used a screwdriver to put everything together and I could feel that there was just enough tension to hold everything together but not to split the fibres apart.

The tote is very similar to the tape holder, it looks like its big brother. Only their bottoms are different because they are designed to store different things. They use the same clips to hang them up and are 100% upcycled. Plastic buddies, that could be their name. They have much in common – they can be made fast and are built of scraps. 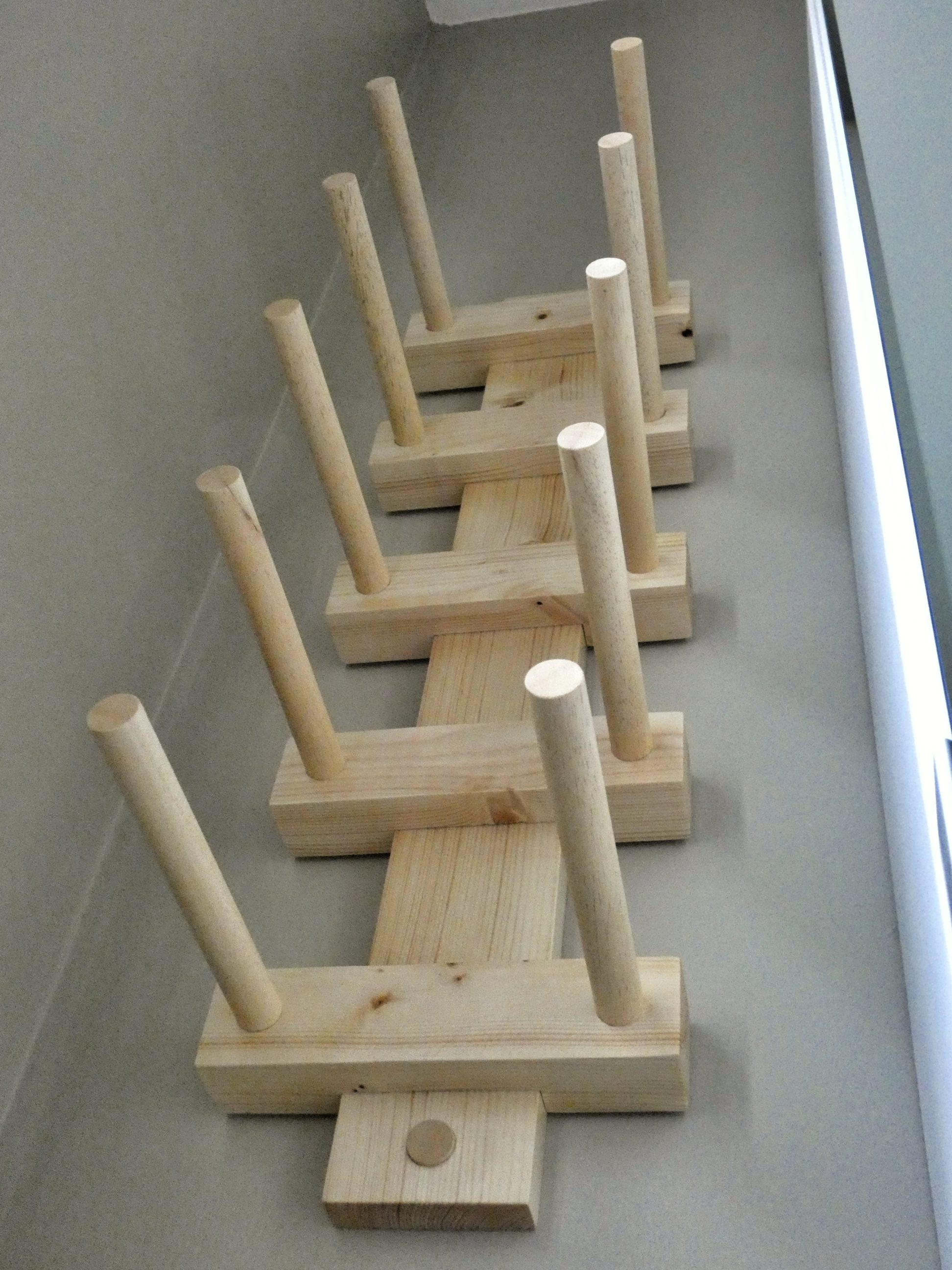 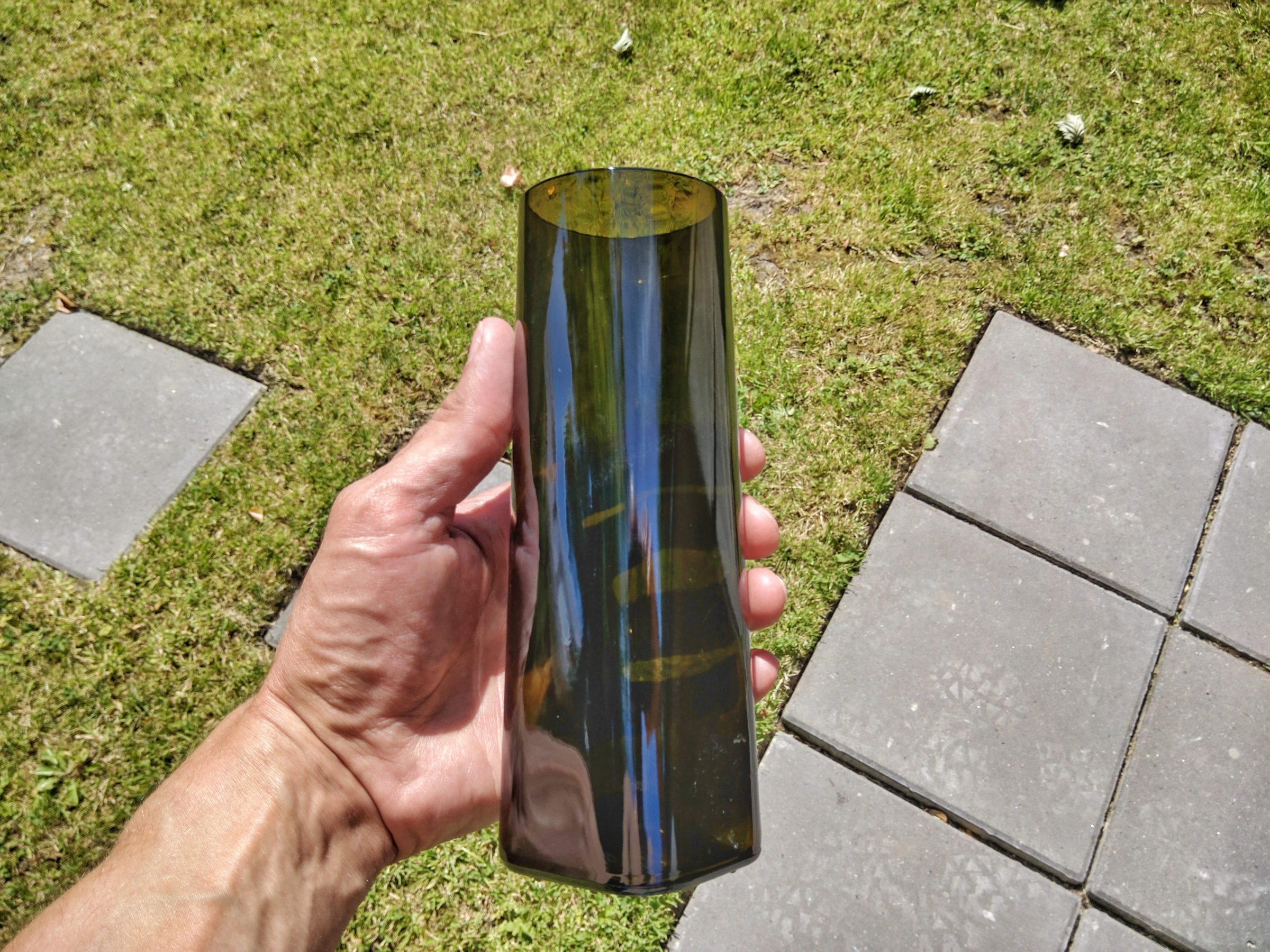