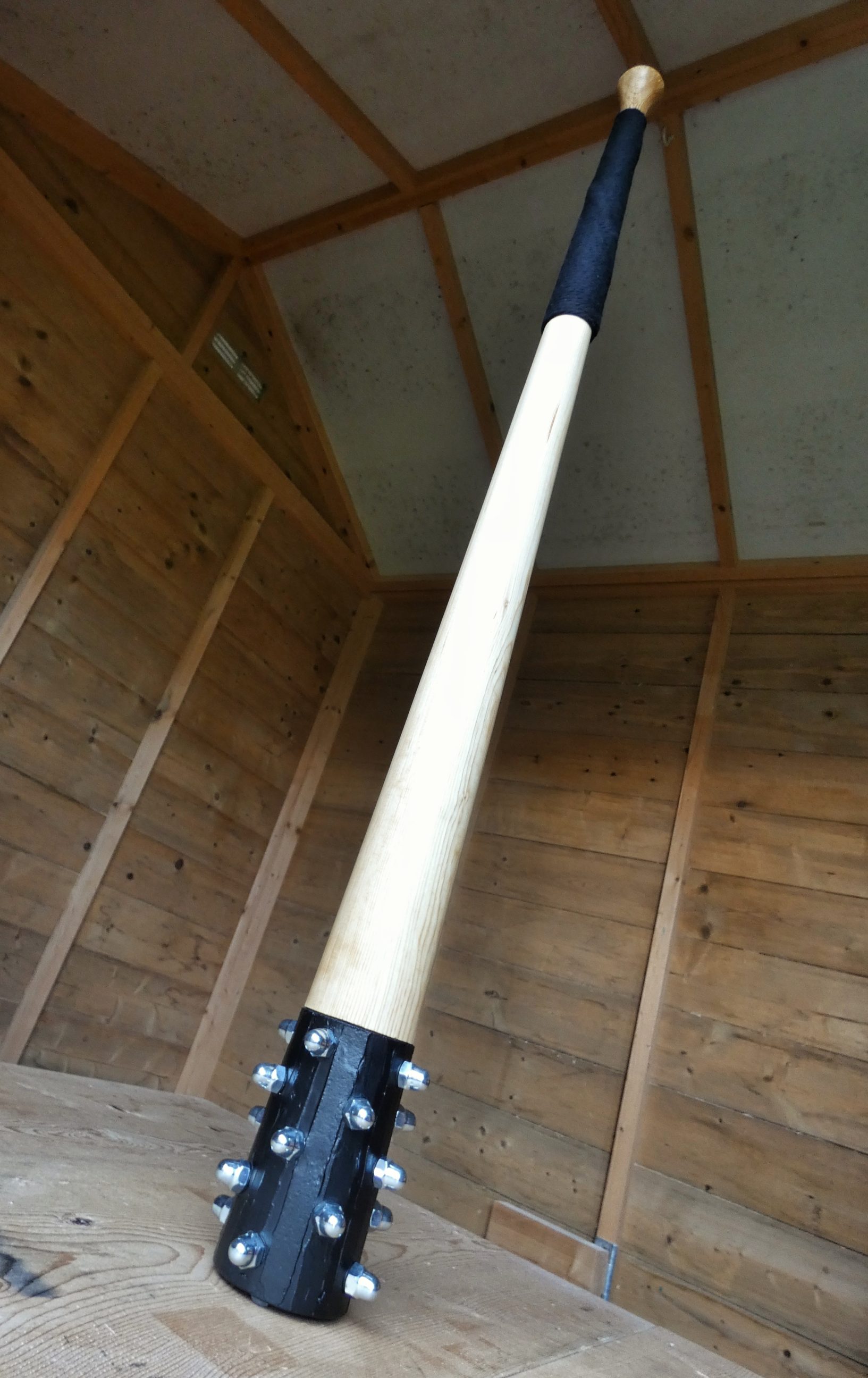 This mace isn’t just a decoration – it can become a weapon if necessary. It is a useful piece of art, dual-purpose. Heaven forbid that it should ever be used as a weapon, in a fight or self-defence, but having an option is always appreciated. Just in case – as they say. I converted my old Spire by adding spikes on one end and a knob on the other. The handle was wrapped with a cord to improve grip and with these simple upgrades, I added some functionality to the existing project. It’s slightly taller now but balanced better thanks to 20 heavy nuts mounted to the lower part.

To mark drilling points, I taped off the base, the black pencil wouldn’t be visible on black paint. The far end of the spire was raised up with a block of wood, to level off the surface and make it perpendicular to the drill bit. I drilled and countersunk the mounting holes and screwed in the hex drive inserts. They required an impact driver to get fully tightened, a 3.6V cordless screwdriver couldn’t deliver enough power and torque.

To improve the handling, I had to turn a knob, but since I don’t own a lathe I had to use alternative methods. A wooden block that I used, was shaped with rasps first and then mounted to my drill press that delivered the spin. I decided to mount it to the chuck, and in the following step to the mace, with a screw sitting in a deep, counterbored hole. While it was slowly spinning, I used an angle grinder equipped with a sanding disc to turn the shape. It worked well, although the combination of tools and methods that I used wasn’t perfect for that task. I screwed the knob to the mace straight away, using a long, thin screw. No pre-drilling was necessary and no splitting occurred.

Next, I applied 2 coats of polyurethane varnish to the knob and also sprayed the black paint over the far end. It dried for a day or two, I affixed 3 rubber feet to the bottom and it was all ready for further work.

Grub screws were installed first and onto them, I screwed the dome cap nuts. The threads of grub screws had to be equally divided between the inserts and nuts, they weren’t long enough to sit firmly against the bottom of one or the other. Not a big problem, but the initial positioning had to be done by hand, slowly and carefully. They were all tightened up with a cordless screwdriver in the next step, with the same torque settings. To improve the grip, I wrapped the handle with a thick cord, which was an easy process. Even though that was the first time I did handle wrapping, I believe it won’t be the last one.

The mace is slightly longer than a regular baseball bat, using it in a contained room as a weapon won’t be easy and efficient, but hopefully efficient enough, if need be. But on the other hand, it has the proper size as a piece of art and fills out the empty space on the mantelpiece perfectly. It’s more art than a weapon, decorative purpose was the main reason it was made for. Anyways, it was fun to make it, I enjoyed the process and now it can be proudly displayed above my fireplace. If you know what are the purposes of art, you’ll understand this project too. 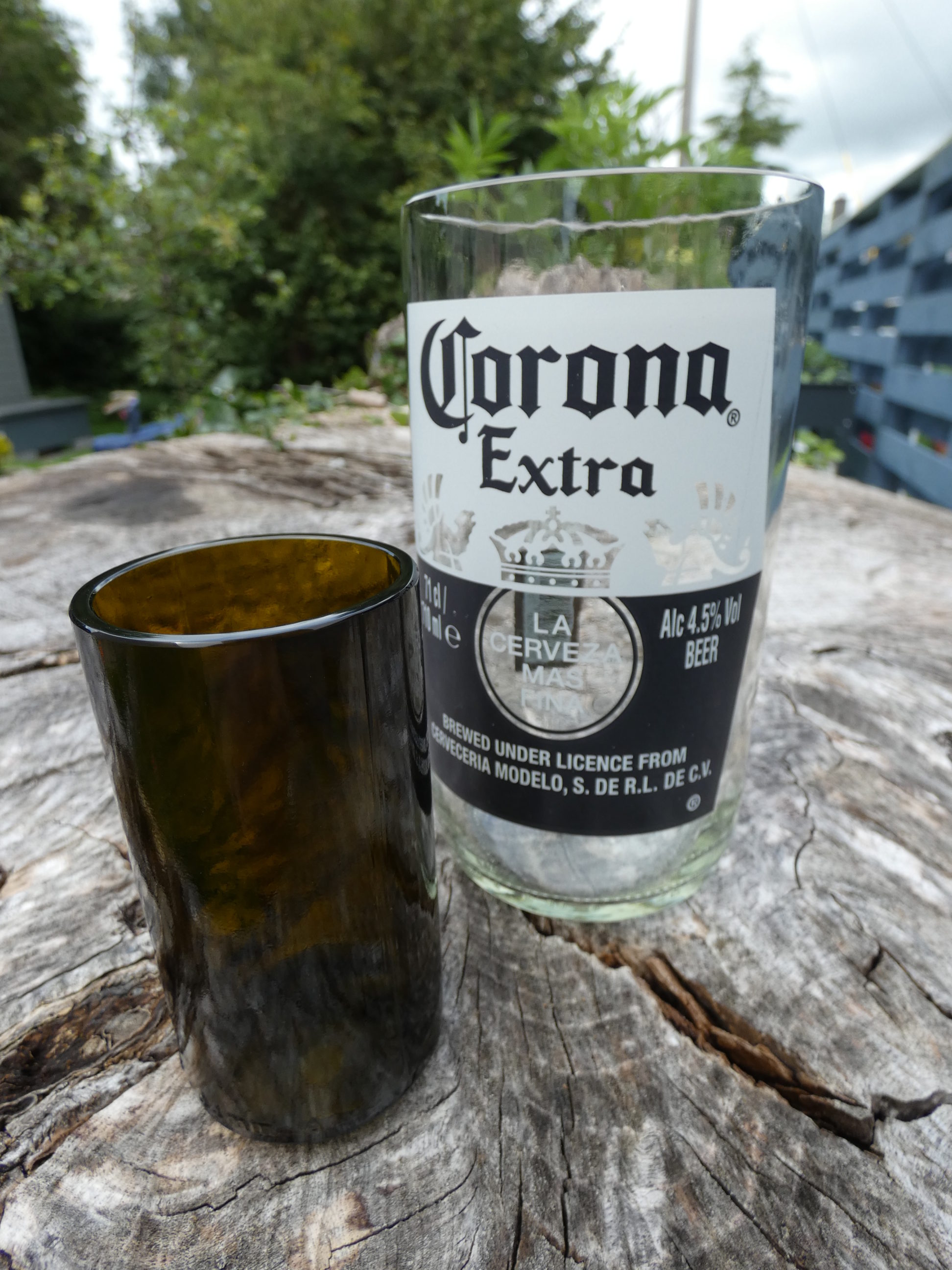 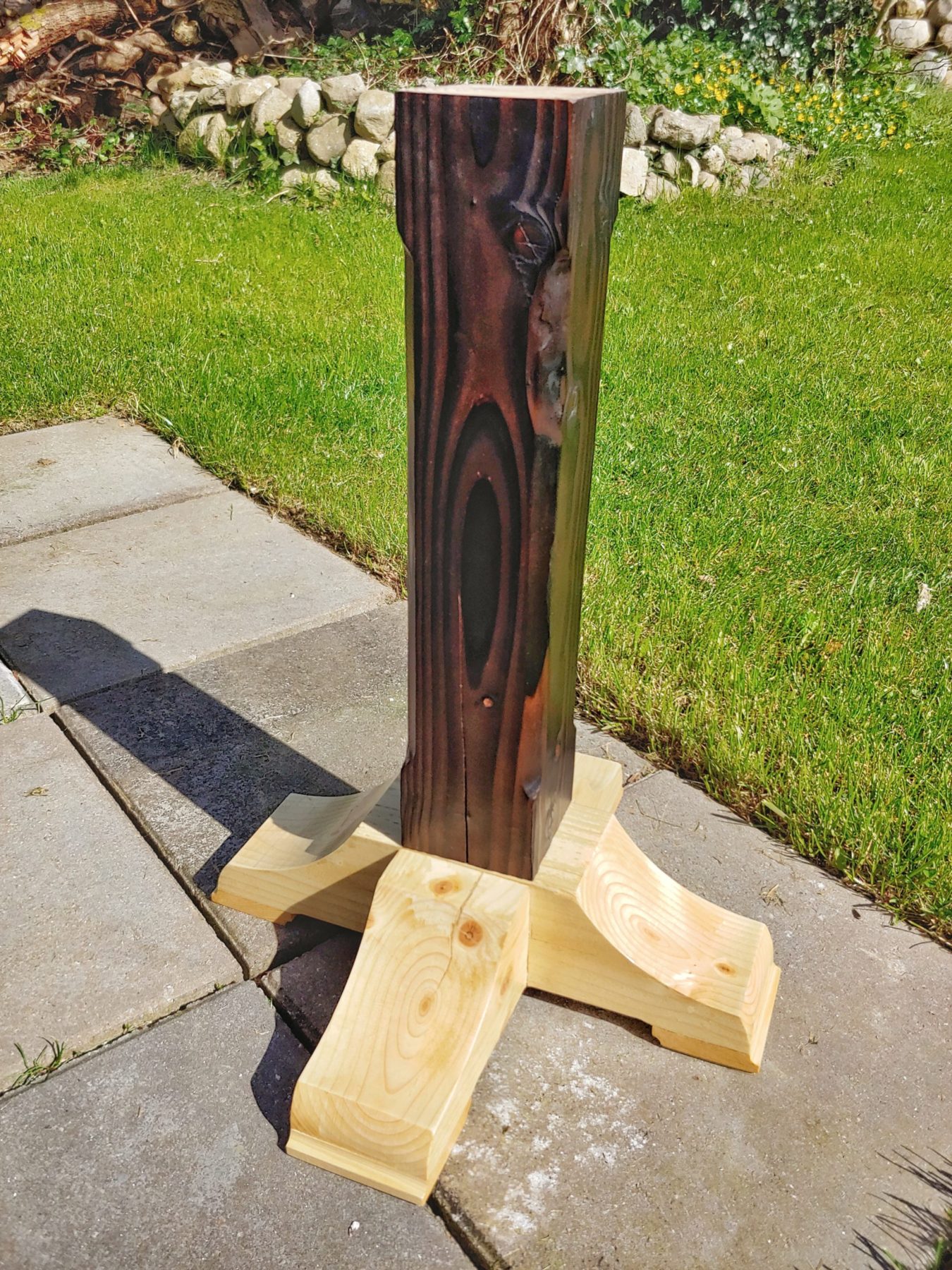 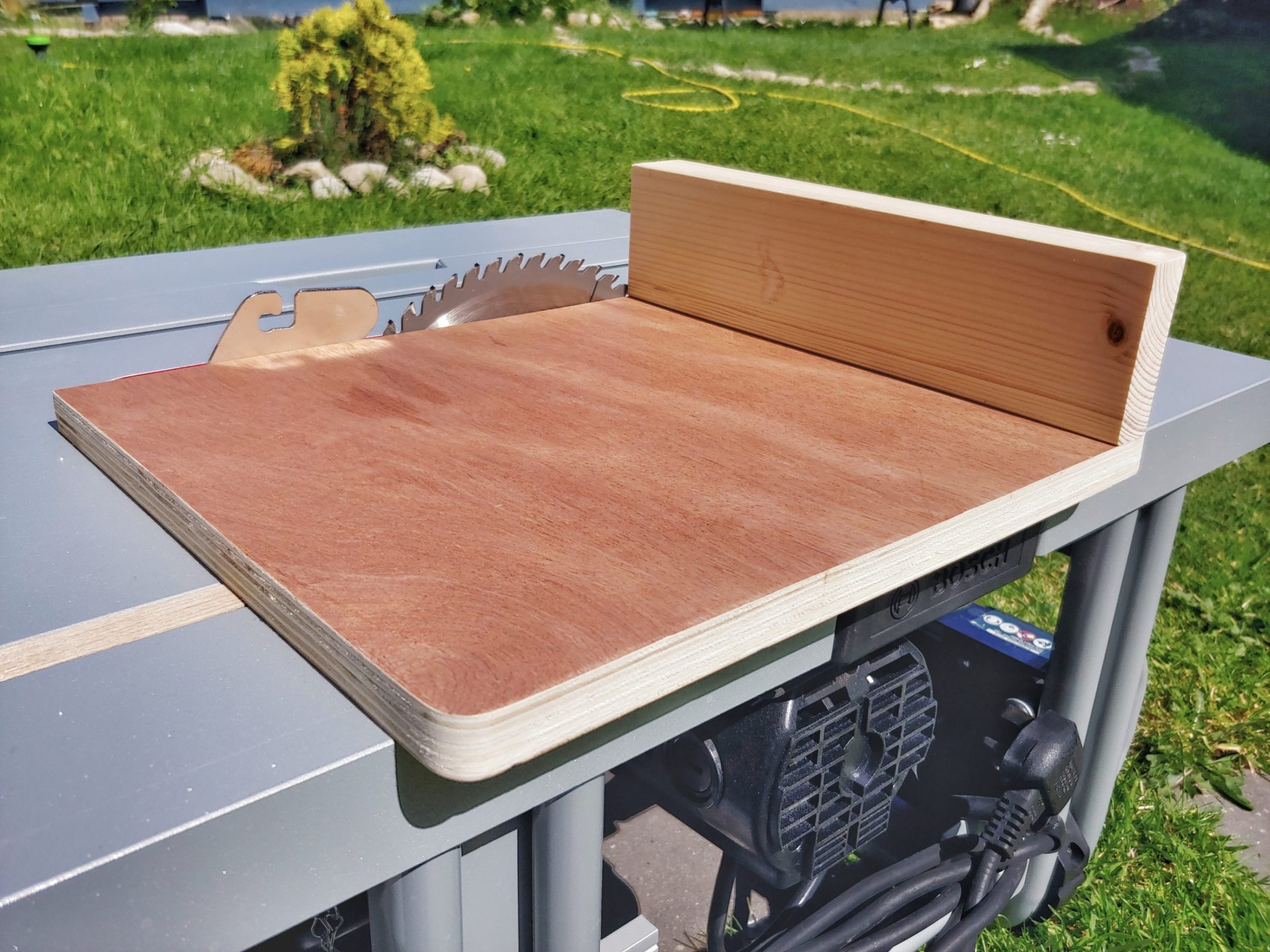